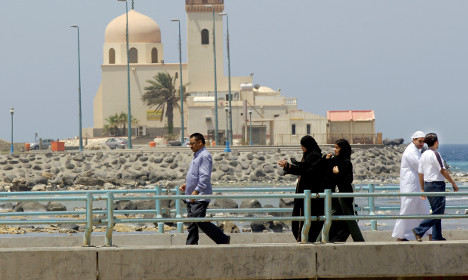 The authors contend that there may be large consequences for Swedish industry if the agreement is ended. Continued trade is a better way to push the country in a positive direction on human rights,  they write.

They write: “Through dialogue and exchange we can spread understanding and basic values around justice systems, civil rights and sustainable entrepreneurship. Through our business contacts we enjoy unique channels of contact to other societies. Without trade Sweden will lose the opportunity to make its voice heard in a globalized world, and to reach real change.”

“We expect the government to handle the question on Sweden's continued memorandum of understanding with Saudi Arabia taking into account Sweden's and Swedish business trade's long term international standing.”

The opinion piece does not mention any trade of arms, something which has seen the Swedish government come under fire for in recent weeks.

Prime Minister Stefan Löfven has previously said he wants to renegotiate the deal and the foreign ministry has said that the issue is still being debated.

But just last week claims were made that Swedish ministers have agreed not to end the controversial agreement because the country does not want to risk a place on the UN Security Council. Foreign minister Margot Wallström's press secretary Erik Boman refuted the claims.

In November 2005 the then Social Democrat government signed a so called memorandum of understanding with Saudi Arabia. The deal was extended by the conservative right-wing alliance government in 2010 and will be extended for another five years in 2015 unless either party chooses to end it.

Saudi Arabia is among the countries the Swedish government wants to target in a new export strategy for the period up to 2020. The list also includes the United Arab Emirates and Qatar.

Sweden exported eight billion kronor worth of armaments in 2014, down by 33 percent since the previous year. Almost 17 percent of Swedish total exports go to countries like Saudi Arabia, United Arab Emirates, Thailand, Oman and Algeria.

The Swedish parliament is currently investigating how to end weapon exports to non-democracies and is set to present its findings in mid-April.