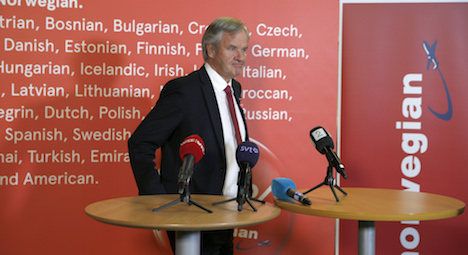 Norwegian's CEO Bjørn Kjos announces the end of the strike at a press conference in Oslo. Photo: Terje Pedersen/NTB scanpix/TT
The strike affected over 150,000 passengers with virtually all flights within Scandinavia cancelled since Wednesday March 4th. Passengers flying from Sweden to other European destinations also faced delays, cancellations or flights piloted by alternative airlines on behalf of Norwegian.
News of the walkout ending was welcomed by the company’s CEO Bjorn Kjos at a press conference at the company’s Oslo head office early on Tuesday evening. He claimed that the company had made great efforts to bring the dispute to an end.
“I am very relieved that the pilots’ strike has now been called off and that our passengers can finally feel confident that flights will soon be running normally,” he said.
Halvor Vatnar, leader of the Norwegian Pilots' Union said the company had come some way to giving the unions the collective bargaining agreement they wanted, giving all pilots in Scandinavia the same links to the airline's parent company, equal agreements, and common career opportunities.
"We have achieved a clear linkage to the parent company Norwegian Air Shuttle in terms of legal and financial guarantees, regardless of which subsidiary pilots are employed by,"  Vatnar said.
In exchange, pilots have accepted less expensive insurance and more flexible working hours, among other measures.
Bjørn Kjos also professed himself happy with the terms of the deal: “We have given job security for three years. We have a lot of new planes on the way, and they need the pilots we have. We couldn’t provide a collective agreement with the parent company, and therefore sought a solution that worked for everyone.”
“I am extremely sorry for the problems caused to our passengers,” he added.
Hans-Erik Skjæggerud, leader of pilot's union Parat, said he was pleased the strike was over and sorry that so many passengers had been inconvenienced.
"We've been successful on the core areas, but I'm sorry that passengers have had to suffer for fundamental labour rights to be put in place," he said.
The strike started with 70 pilots on Saturday February 28th and escalated to include 650 more pilots on Wednesday March 4th.

SAS
ANALYSIS: Why are SAS pilots on strike? 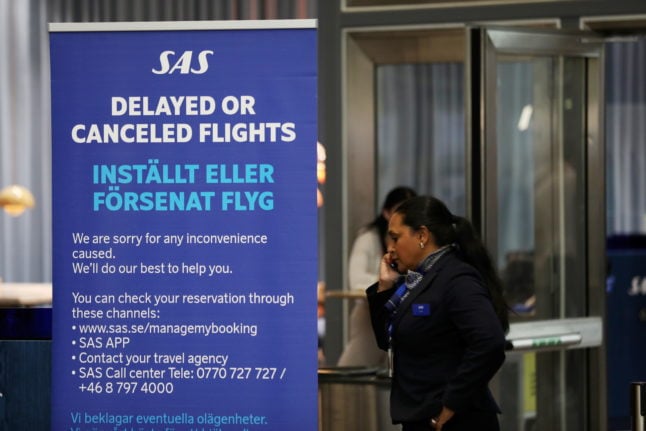 STRIKES
What the SAS strike means for travellers in Sweden
Url copied to clipboard!