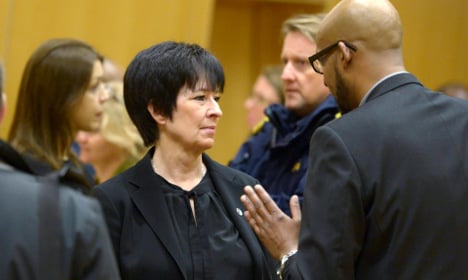 The Swedish government is set to double Sahlin's funding allocation to, among other things, set up a hotline and create more places where people who want to leave a life of extremism can turn for help.

“We need more organizations that can help defectors, we need a hotline where people who want to seek help to stop extremism can turn. I'm being given a clear directive to build strategies in all parts of Sweden,” Sahlin told Ekot.

In total around 130 Swedes have travelled to Syria and Iraq to fight since summer 2012, but it has been reported the number could be as high as 300. Experts have warned to conflict could pose the biggest security threat to Sweden since the Second World War.

Home Affairs Minister Anders Ygeman announced last month that the government was set to give Sahlin increased funds and a wider remit to help prevent radicalization and recruitment of terrorists.

The new funds are also allocated to giving increased support to families of young people who have travelled to fight alongside terror groups like Isis. A hotline, as part of a pilot project, will also be made available to them.

“We see that there is growing anti-Semitism, racism and Islamophobia in our country that extends not only to threats, which is just as horrific, but also attacks against religious buildings and people in our country. That's why we need to strengthen the work to protect our democracy,” Democracy Minister Alice Bah Kuhnke told Swedish Radio's news programme Ekot.

But the chief national security unit prosecutor, Agneta Hilding Qvarnström, warned a potential new law also being worked on by the Swedish government, to criminalize travelling to other countries to engage in terrorist activities, could make preventative work more difficult.

“Parents who are worried about their children, teenagers or adult children call the security police (Säpo) in the hope of speaking to them. If you call to talk about these things under this legislation you make them the suspects of crime, and I suspect that as a parent you're then less keen to get in touch,” she told Ekot.