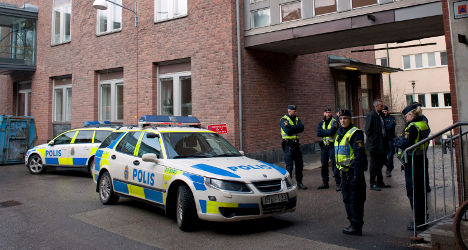 The unidentified female athlete, who is in her early 20’s and who holds a junior record, was on Friday charged over the attack on her former live-in partner in the city of Borlänge, in central Sweden, after being arrested earlier on in the week.

Local newspapers Dalademokraten and DT said the woman had tricked her former boyfriend to come for a ride with her and that she then attacked him in the car.

There was allegedly a knife involved in the attack.

There were contradictory reports over whether the man was injured or not.

The woman was arrested on Tuesday after the car she was travelling in broke down and she called road assistance services to help her out. When the road assistance staff realised that she didn’t have a driver’s license and that the car didn’t belong to her, they called police.

After initial questioning, the woman was arrested on suspicion of stealing a car and for plotting an assault. Later on in the investigation, prosecutors changed the assault charge to attempted murder.