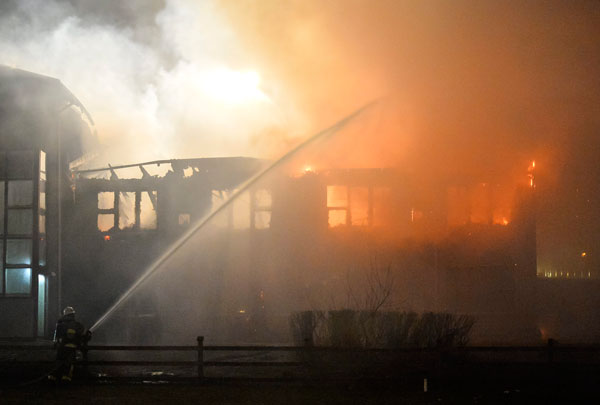 The fire was reported just before 9 p.m. Saturday evening and 35 firefighters from five different stations were called in to fight the blaze, which rapidly grew in intensity.

By the morning, the fire had been extinguished and now an investigation into the cause has gotten underway.

“The signs are there. A preliminary investigation into arson had begun,” said Albin Näverberg, a public relations officer for the Stockholm police department, told the TT news agency.

Witnesses at the scene told police said they saw two young men running from the school just before the fire was reported. The police said they have not yet identified them and no one has been taken into custody.

The school has around 215 students, according to its website.

“It’s sad,” Jan Olof Furehed, who lives near the school, told the Expressen newspaper. “There is a lot of emotion tied up in this building for us. My children went there, all three of them.”