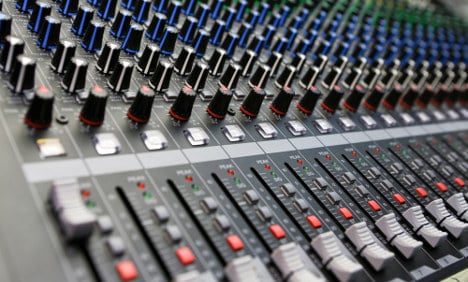 Studio Time aims to pair people who own studios with musicians in search of somewhere to record their material.

Its founder Michael Williams is based in the US, but has decided to expand his business to Sweden, which is the third largest pop music exporter in the world behind America and the UK.

"I had thought that I would stick to Los Angeles and New York in the first place, then I suddenly had emails asking me to add cities all over whole world," he wrote in an email to the TT news agency.

Currently only one studio in Stockholm is registered, but Williams is hoping to see his business expand in the Scandinavian region.

Michael Kazarnowicz, an advisor for business intelligence firm Twintip insights is among those arguing that the digital sharing economy is set to boom even further in Sweden, where tablet use has rocketed in recent months and 75 percent of people aged 16 or over own a smartphone.

“There are huge profits to be made, as the companies themselves do not need to own anything,” he told TT.

Kazarnowicz argues that global sharing sites such as Airbnb and the similar Swedish firm Lägenhetsbyte have achieved tremendous success and made their founders millionaires thanks to a risk-proof model that offers services based on existing products or experiences.

Airbnb has not had to purchase any properties, nor does Uber own, buy or sell cars. Similarly, Studio Time does not rely on its founder owning expensive electronic equipment.

According to Kazarnowicz, other areas predicted to start playing a greater role in the sharing economy include office space, clothing and DIY tools.

“They [sharing economy businesses] are all about all the things that are underutilized. I have a toolbox at home with a drill in it… I can lend or rent it out. Or instead of buying a new one, I can rent one,” he said.

Last week a separate report by consulting firm PWC predicted that the sharing economy would explode in 2015.

Nearly 60 percent of US respondents polls said they agreed that “access is the new ownership,” while 72 percent said they expected to become part of the sharing ecosystem in the next two years.

But the company argued that trust and credibility would be key to the sector’s continued growth.

“Discerning consumers are factoring friction into the value equation, so creating a seamless experience will be an imperative for success,” said Deborah Bothun, PwC’s U.S. entertainment, media & communications leader.