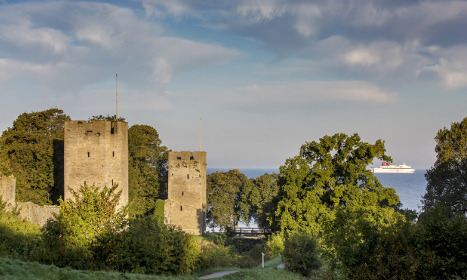 Man the barricades! Has the sleepy island of Gotland invaded Norway? Photo by Emelie Asplund

Sweden and Norway may have not had a full-scale military conflict since the 1814 Swedish-Norwegian war but, with the inadvertent help of Facebook, many residents from the Swedish east coast island of Gotland have moved to Hedmark county in Norway, 450kms away from the island but only a short marching distance from Oslo.

Should the Norwegian army mobilize? Are we about to see a Nordic conflagration?

Luckily, no. The apparently silent invasion of Norway has taken place only on the servers of Facebook, where several individuals and many businesses from Gotland now appear, erroneously, to be residents of Norway.

A Swedish Facebook spokesman, Mandarva Stenborg, was bemused when approached by the Gotland Allehanda newspaper about the bug. "We will investigate this and come back," she told the newspaper.

However, the suspected bug may have financial implications for some Gotland businesses, such as the Tofta Viking Village and local hotels.

"Gotland companies pay to reach people through Facebook", said Julia Bendelin, who works for an advertising agency that markets the brand Gotland. "It is clear that we should not be in Norway."