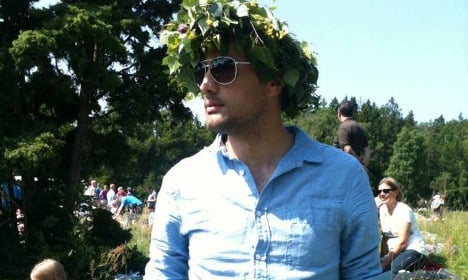 Joshua Goddard has visited all of Europe's countries. Photo: Private

Joshua Goddard has travelled to 47 counties during his stint in Europe. But no city, he says, comes close to beating the Swedish capital in summer.

“I always say I think Stockholm is the prettiest city in all of Europe, especially in summer time. The way the city is laid out with all the water, it's just fantastic. I find it interesting how in winter everyone seems to disappear, but there are around two million people living in greater Stockholm and in summer time I actually think you manage to see every single one of them,” he says.

Goddard, 33, was born and raised in Auckland, New Zealand, which remains one of his other favourite cities.

“I'm biased, but it's a brilliant place. I don't know if you know this, but it's also the largest Polynesian city in the world, so there's a large cultural diversity,” says the sports and science teacher.

“But as a lot of people know, New Zealand is on the opposite side of the world, almost isolated. And there are only so many times you can visit Australia before you get a bit sick of it.”

Goddard wanted to see more, travel more, experience more – and as most expats know, once the travel bug hits, it is difficult to let it go. So just before the end of 2009, the sports teacher packed his bags and moved to Britain, where his mother was born.

“But I didn't like the lifestyle, that everything revolved around going to the pub. And as a teacher I had certain issues with the education system. I had visited Stockholm before and when I saw there was a job opening I applied and moved here after the London Olympics.”

READ ALSO: 'I brought my childhood summerhouse to life'

We speak to Goddard just weeks after he completed what started out as a normal tourist desire to visit Europe's main attractions and developed into a quest to travel the entire continent.

He tells The Local he has been to “all the political countries of Europe. 47 including Kosovo (everything west of the Ural Mountains).”

“I don't know how long I am going to be here, so when I got the chance to travel overseas I just thought I'd make the most of it. I love Eastern Europe. You can meet someone there in the street, start talking to them and they will invite you into their home. And they've got a different approach to consumerism. In Sweden you always have to have the newest smartphone,” he says.

One of Goddard's favourite things about travelling is learning about different cultures and meeting new people. In fact, he says half of the places he has visited he ended up travelling to because he had met someone in another country who brought him there.

But in discovering new things, he has also learned more about himself in the process.

“I was never the kind of person who would strike up conversations with strangers. I had my own social circle of friends that I hung out with and was happy with that. But when you travel you have to overcome this. I has to learn to be more forward, to open up and share of myself. It was a nice learning experience,” he says.

For his next project, he is looking across the Atlantic.

“I will stay in Sweden for at least another year. I don't plan too much – I've decided to stop worrying and take things year by year. But I have friends who live in Chile and I like the idea of moving to South America to experience the different cultures there.”