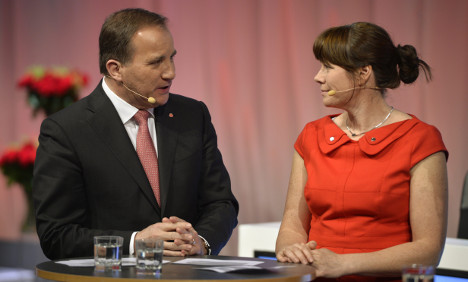 Have you heard of the December Agreement?

If it doesn’t ring any bells, you’re certainly not alone.

A poll released by Swedish newspaper Dagens Nyheter on Monday suggests that more than half of Swedes are unclear what it’s all about.

The Local has put together a handy guide to get you up to speed.

1. Why was there an agreement in December in the first place?

But the new minority government struggled to get enough support for its budget. This was due to a rule in Sweden which allows opposition parties to put forward alternative financial plans. The centre-right Alliance parties’ budget ended up getting more support than the coalition's offering, because it was also backed by the nationalist Sweden Democrats.

A political crisis followed and Prime Minister Stefan Löfven even called a snap election. But then the nation’s politicians got together between Christmas and New Year and hatched an alternative plan. 2. What exactly did politicians agree on?

The centre-right Alliance parties, the Social Democrats and the Greens struck a deal to ensure the same kind of political chaos would not happen again. They agreed that if it looks like a future government budget won't get enough support, then the main opposition parties either won't vote for or won't put forward a rival budget (leaving the Sweden Democrats' vote irrelevant). But in the meantime, they agreed to implement the Alliance's budget in January 2015, because it won the most votes.

Södertörn University political scientist Nicholas Aylott told The Local the deal was an “incredibly unique parliamentary agreement”. Like many analysts he argued that all the major parties had decided to put political stability first, rather than risk the uncertainty of a second election within a six-month period: “An election could have made things better for any of the parties, but it could also have made it worse”.

3. So the current government is now following the opposition’s financial plan?

Not quite. In April each year, any Swedish government has the chance to amend its winter budget. So while some of the opposition’s plans remain in place, the Social Democrat-led government was able to make significant changes this spring, spelling a return to the traditional social democratic welfare politics that Sweden became famous for in the 1990s.

“If you want to summarize it, it's a fairly traditional Social Democratic – and of course now Green as well – budget where you care for the welfare, by raising for example the cap on unemployment benefits and employing more workers in the elderly care sector. It's a symbolic 'reset budget' to bring back the social safety net of the last century,” said Bjereld. Different parties have been controlling the purse strings in Sweden. Photo: TT

4. What happens now then?

Well just in case you haven’t had enough of budgets, there’ll be another one before you know it. The government will put forward its financial proposals for 2016 in the autumn. But thanks to the December Agreement, it is unlikely to have them blocked this time.

This means that Stefan Löfven's government will be able to start implementing more of the policies promised to Social Democrat and Green voters in the September 2014 general election.

According to Nicholas Aylott, there has nevertheless been a “strategic victory” for Sweden's centre-right parties.

“They get the assurance that the Social Democrats and Greens will apply the same deal in future, if they end up in a position of governing with a fragile majority and need to get their budget through. They are playing the long game.”

5. Anything else I need to know?

One of the reasons that migration has become such a hot topic in Sweden is a result of last year’s political crisis.

When the government and the Alliance struck their December Agreement, they were – in part – aiming to reduce the power of the increasingly popular nationalist Sweden Democrats.

Since December, immigration debates have become more mainstream as both left and right-wing politicians seek to reclaim support from voters currently siding with the nationalists.

The government has said it remains in favour of open borders, yet has strongly backed an EU plan to distribute refugees more evenly around member states.