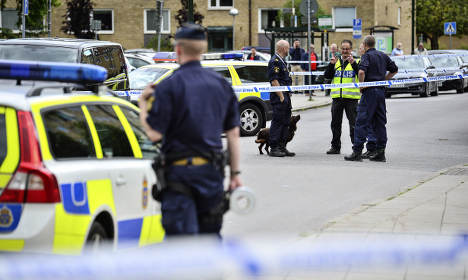 According to police spokesman Ewa-Gun Westford, “a person with serious gunshot wounds has been admitted to hospital. But we do not know more at the moment.”

Police did not know on Saturday afternoon whether there was a connection with the events in Kroksbäck in Malmö earlier in the morning when two grenades were thrown at an apartment building and where a suspicious car was still being examined by bomb technicians in the afternoon.

Malmö has experienced growing violence in recent years. Its outer suburbs have a reputation for gun and gang-related crimes as well as race-related violence between different immigrant groups.