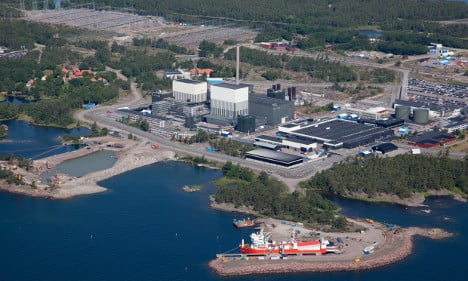 E.ON has said it plans to shut Swedish nuclear reactor Oskarshamn 2 in southeastern Sweden because it is unprofitable.

“In E.ON's view, the economic prerequisites for investments to run Oskarshamn 2 beyond 2020 do not exist, and… the prerequisites do not exist either for the measures that would be required to continue operations until 2020,” E.ON Sweden said in a statement.

The reactor has been in service since 1974, and was built with an original lifespan of about 40 years. It is in need of a major modernisation if it is to continue beyond 2020, when new cooling requirements take effect.

The move comes as nuclear energy remains a hot topic in the Nordic nation.

While Social Democrat Prime Minister Stefan Löfven had said that nuclear power currently remains necessary, he has pledged to expand renewable energy in the country.

His junior coalition partner, the Green Party wants to see more of Sweden's reactors closed in the next four years.

Sweden has 10 reactors at three nuclear power plants, which generated 39 percent of the electricity used in the country in 2013.

Plans are already underway to eventually decommission the Oskarshamn 1 reactor, which has been in service for 50 years.

And Sweden's state-owned energy group Vattenfall said in April it planned to speed up the shutdown of two reactors by up to seven years, to 2018 and 2020, at the Ringhals plant in southwestern Sweden.

On Tuesday E.ON proposed that existing plans to modernise the Oskarshamn 2 reactor — which has been plagued by technical problems for years and is currently closed for repairs — instead be redirected towards closure.

“A long period of low electricity prices, combined with a tax on nuclear power which is being raised now as well as extensive investment requirements, lead to profitability problems, especially for small reactors such as Oskarshamn 2,” he said.

E.ON is the majority shareholder in OKG, the company which owns the Oskarshamn reactors.

Minority shareholder Fortum, a Finnish energy group, said meanwhile it was opposed to a closure of Oskarshamn 1 and 2.