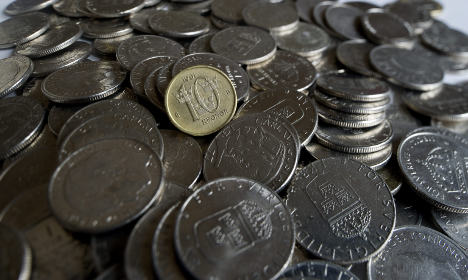 Sweden’s interest rate fell to a record low of minus 0.25 percent in March and a month later the country’s central bank, the Riksbank, which sets the rate, said it was expecting the rate to remain the same until 2016.

But on Thursday it announced that it was lowering it by 0.1 percentage points to minus 0.35 percent.

The idea behind the cut is to try and boost inflation in order to raise the price of everyday goods and services in Sweden which have been stagnant for two years. It is argued that this in turn will improve the country's economic prospects.

In April the Riksbank suggested that it would not lower rates further because previous cuts were already starting to make an impact.

Many financial analysts appeared surprised by the Riksbank’s change of heart.

“We get a sense of shock from the Riksbank,” said Robert Bergqvist, Chief Economist for Swedish bank SEB.

He said he believed the Riksbank had made a strategic move ahead of annual union negotiations over wage increases in Sweden.

In order for the country to achieve its inflation target of two percent, wages need to rise by up to 3.5 percent, he explained.

READ ALSO: Why is Sweden keeping a negative interest rate?

But others said that the move was an obvious response to the economic crisis in Greece, which has weakened the Euro against Sweden's krona. This could cause problems for Sweden's export industry, as it makes buying Swedish products more expensive for other European countries.

“The Riksbank is entirely in the hands of the European Central Bank ECB. The Riksbank has become like a branch of the ECB,” Anna Felländer, chief economist at Swedbank told TT.

“Now, the state must step in and help to accelerate the economy,” she added.

Negative rates work differently to positive interest ones when borrowers pay money lenders – usually an annual percentage on the total amount of money loaned. Meanwhile savers putting money into a bank can normally expect to earn interest on that cash.
When interest rates are negative, this relationship is reversed, so lenders – i.e. banks – have to pay to lend money or to make an investment. The basic idea behind negative rates is to stop organizations or people from making risky investments or transactions that could impact on the wider economy.
Despite some criticism of the further rate cuts on Thursday, other experts praised the move, with Jesper Hansson, a director of forecasting at the National Institute of Economic Research in Sweden saying: “It is logical that the Riksbank acts. Inflation going up – that is important.”

“It is good that the Riksbank is consistent. Its communication has been very clear over the past six months,” he added.

The central bank also announced that it would step up its bond buying programme, which in simple terms involves borrowing money to inject back into the economy.

But Annika Winsth, Chief Economist at Nordea bank told the TT news agency she was worried about that decision.

“To continue to back buying government bonds in these circumstances is not so wise. The signal it sends to households is: continue to increase your own debts,” she said. 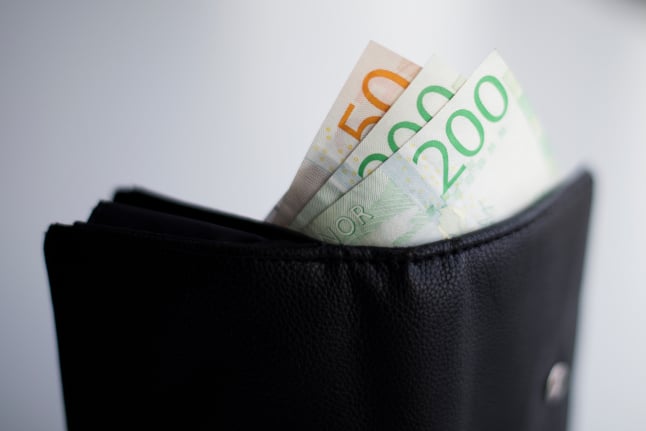