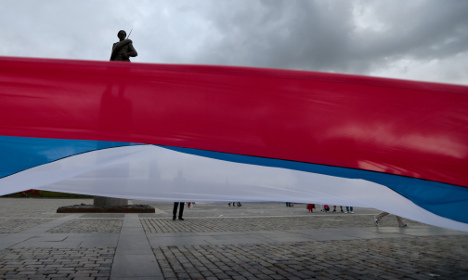 Russian citizen Gennady Kravtsov is accused of committing treason by allegedly handing over state secrets in a letter seeking employment with an unnamed Swedish company.

Moscow City Court held a preliminary sitting into the case – which has been ruled classified and will be closed to media – on Wednesday.

The country has charged an increasing number of its citizens with high treason in recent months amid heightened tensions with the West over Ukraine.

Kravtsov is said to have quit his job as a military engineer in Russia in 2005, after which he applied for work in Sweden.

“He sent a letter in 2010 to one Swedish organization asking if they would be interested in inviting him to work,” his lawyer Ivan Pavlov told the AFP newswire and added that the defence argues that the information in the letter did not contain state secrets.

READ ALSO: Why are Sweden and Russia fighting over soil?

Kravtsov was born in 1968 and has three children. Russian media report that he was employed by the Main Intelligence Directorate (GRU), Russia's military intelligence agency.

He has been locked away in the notorious Lefortovo jail, used for sensitive cases, since May last year, and the court on Wednesday decided to extend his detention until January 10th.

The past year has been one of heightened tensions between Sweden and its eastern neighbour, riddled with spy allegations, submarine huntsand claims Russia rehearsed a military invasion of Gotland, strategically located in the middle of the Baltic Sea, back in March.