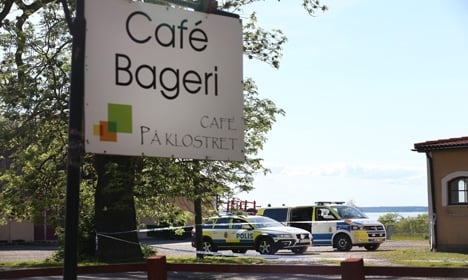 Lisa Holm disappeared after her shift at a café. Photo: TT

The Chief Prosecutor in the Lisa Holm case, Anette Olsson, claimed before the hearing on Tuesday morning that new forensic evidence had strengthened the case against the suspect, whom she has requested remain in custody for a further month.

Later on Tuesday she told the Aftonbladet tabloid that forensic teams had found DNA linking the 35-year-old man to the alleged murder.

“But we're still in the middle of the investigation,” said Olsson.

Prosecutors are still waiting for the final forensic report to determine how and when Lisa Holm was killed.

At the same time the lawyer defending the suspect Inger Rönnbäck claimed ahead of the hearing that there is new information that points to her client’s innocence.

“I have through some contacts understood that that is the case. I await with interest to find out what the further investigation has shown,” Rönnbäck told the TT newswire.

Rönnbäck said her client was “heartbroken” by the allegations.

“He has the same attitude as before – that he is completely innocent,” she said.

The detention hearing was held in Skaraborg District Court in Skövde on Tuesday.

Lisa Holm, 17, disappeared on June 7th after working a shift at a café in Lidköping, a small town in a rural area north east of Gothenburg, close to two of Sweden's largest lakes.

Her body was found a week later after the largest volunteer search in Swedish history, and her tragic fate shocked the whole of Sweden.

Earlier this month, police found the moped helmet belonging to the teenager. She had the helmet with her when she vanished.

Holm sent a text message at 6.23pm to her family telling them she was on her way home to Skövde, but never arrived. Her moped was found parked outside the café with the keys in the ignition.