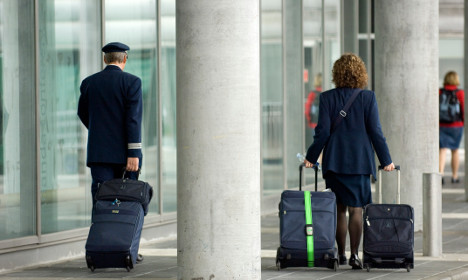 A total of 387 members of the SAS cabin crew filled out the survey, with the results published by Sweden's TT newswire on Wednesday, painting a picture of workplace discrimination and harassment at Scandinavia's biggest airline.

Replying to the internal poll, which was launched by SAS in June, 170 respondents claimed they had felt discriminated against in the workplace, 109 said they had experienced bullying and 38 suggested they had been victims of sexual harassment.

“I think it's a special situation at our workplace, because it's often women doing the sexual harassment and bullying,” one unnamed SAS worker told TT.

Many of the accusations were directed at line managers and senior employees.

“These problems have been highlighted several times before, but often the one who pointed out the issues was identified as an over-sensitive whiner and mocked by supervisors,” said another anonymous staff member.

A trade union which represents flight staff declined to comment on the survey, but a press spokesperson for SAS pledged on Wednesday that they would take action.

“We take this very seriously. We have zero tolerance when it comes to this,” Henrik Edström told TT.

A similar survey in 2012 highlighted problems in several of the same areas. Edström said staff would now receive training in a move to put an end to the alleged bullying and sexual harassment for good.

“It's a question of awareness, and this survey is part of that. We are also in discussions with our human resources department about how to move forward,” he said.

It is not the first time SAS has hit the headlines over its working conditions this year. In March, pilots walked out to protest their wages in a strike that lasted four days.

And similar industrial action, over collective agreement and staffing levels, was only called off at the eleventh hour after dramatic overnight negotiations between the airline and unions in May.

TRAVEL NEWS
SAS pilots in Norway, Sweden and Denmark to strike after talks break down