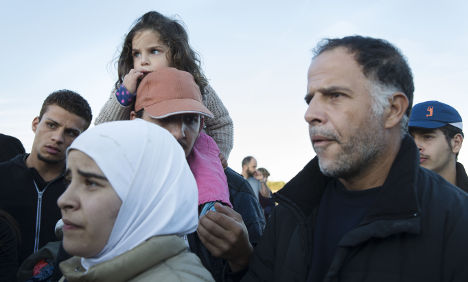 Large numbers of police are surrounding the school, where Danish authorities are holding the refugees.

“They don’t know where they are or how they are going to get to Sweden,” one volunteer, Denise Persson, who brought clothes and medicine to the school on Tuesday told Swedish broadcaster SVT.

The refugees are understood to be among around 800 people who got off a ferry from Germany earlier in the week.

Danish police met the new arrivals at the port in Rödby and asked them to board buses to various destinations. Some were sent to an asylum centre to be registered while others were directed to the school, SVT reported.

“It is not humane to keep them here. They should know their rights,” said Persson.

While Sweden has become a top EU destination for refugees by issuing permanent residency to all Syrian asylum seekers, Denmark has sought to reduce the influx by issuing temporary residence permits, delaying family reunifications and slashing benefits for newly arrived immigrants.

But on Tuesday Sweden encouraged Denmark to register the refugees.

“Denmark is a rich country and is able to take care of the refugees. According to the existing rules there is also the opportunity for family reunification if the refugee has family in either Denmark or Sweden. How Denmark chooses to interpret the rules is up to Denmark,” Sweden's justice ministry told Danish public broadcaster DR.

Meanwhile Danish Integration Minister Inger Støjberg told Danish television network TV2 she had spoken to Swedish officials about the possibility of a deal that would allow Sweden to receive the refugees. But she said that “no agreement” had been reached.

On Tuesday Denmark sent back a first group of refugees who arrived from Germany, with others expected to follow.

“These are people who do not want to seek asylum (in Denmark) and are therefore here illegally. They have been deported and barred from re-entering the country for two years,” police in southern Denmark said in a statement.

“This first group was a score of people. More will follow after their cases are processed,” the statement said.

“We have agreed to continue to push for a reformed European refugee policy. All countries must take full responsibility to help people who have been displaced,” said Löfven. 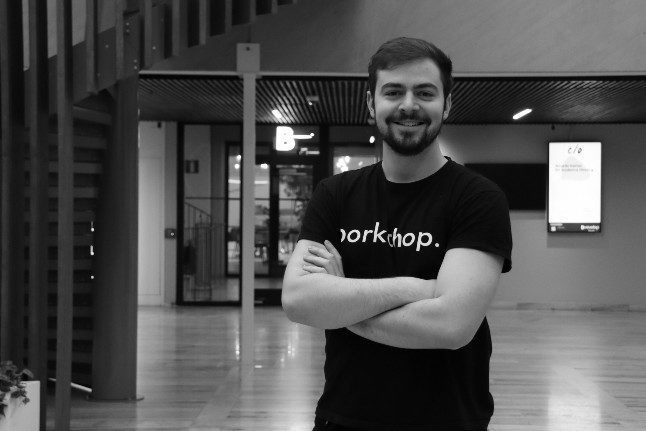 Matija Milenovic was finishing his studies in mechanical engineering at University College Dublin in early 2018 when he saw SpaceX land two of its Falcon Heavy booster rockets for the first time.

“My jaw dropped,” Milenovic says. “I immediately knew this is what I needed to do.”

Immediately after that SpaceX mission, the Irish student started searching for aerospace masters programs in Europe. He said KTH Royal Institute of Technology in Stockholm was one of the first, and best, choices that popped up.

“I applied, got in, started my masters, and within six months we had started porkchop,” he says.

Porkchop is a Stockholm-based space logistics startup, focusing on servicing satellites. The team wants to help deliver and inspect satellites, and launch mega-constellation satellites into orbit faster and cheaper.

In January, porkchop teamed up with SpaceX to launch a scaled-down version of their proprietary thrusters into orbit on a Falcon 9 mission. “Things moved pretty fast,” Milenovic chuckles.

It wasn’t always smooth sailing though. While for Milenovic, with his EU connections, setting up in Sweden was “like a walk in the park”, for his Mexican co-founder, Victor Gonzalez, it has been more like “like walking over hot coals in your bare feet.”

Gonzalez and Milenovic had both won scholarships to study on the same Masters Programme at KTH.

“He doesn’t have EU citizenship. I would say it’s probably easier to swim away from a shark, while juggling a hundred million things, and going through a ring of fire, than it is to go through all of the paperwork necessary to get a work permit in Sweden,” Milenovic jokes.

Milenovic said the permit process for hiring non-EU citizens consumes so much more company time, money, and energy than the company spent on recruiting people who have EU residency or already have work permits.

“Frankly it’s a miracle that we’re still alive despite all of those things,” he says. “The whole system is fundamentally flawed, and it really hinders a lot of people.” 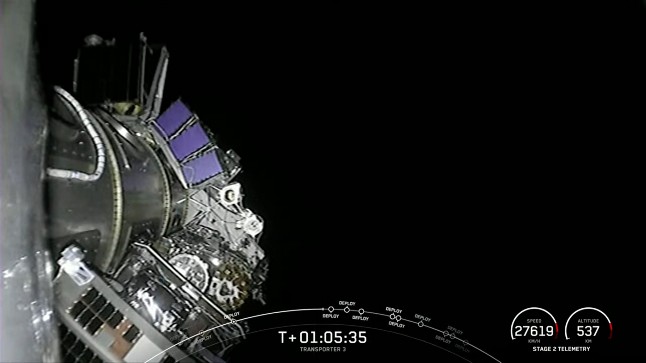 Porkchop’s module was sent into orbit on a SpaceX mission. Photo: porchop

The Swedish government overhauled its labor migration policy more than a decade ago, and began allowing immigrants to move to Sweden for entrepreneurship. However, research shows that even after the changes in 2008, most immigrant entrepreneurs obtain residence permits in Sweden for other reasons – like family unification – and not to start their own business.

“There are many other factors, laws and trends that happened [since 2008], like the refugee crisis of 2015,” says Aliaksei Kazlou, a professor at Linköping University.

“For now, I don’t see any enthusiasm from the government to attract more immigrant entrepreneurs, maybe they just want to integrate the entrepreneurs who already came to Sweden. But I’m not sure it’s so attractive for others who might be coming from abroad.”

There is no national plan to attract international talent

Sweden has no strategy to attract international talent, and there is no official coordination structure to tackle the problem, according to a government-commissioned report this year.

The report outlines how Sweden’s national efforts to attract labor are severely lacking when compared to neighboring countries.

In neighboring Finland, a country with a little more than half of Sweden’s population, the government is investing the equivalent of 150 million kronor this year in attracting skilled labour from abroad under its national Talent Boost program. The Swedish government currently invests about 10 million kronor annually to attract international labor, with a majority of this financing being temporary.

Some of that funding goes to Vinnova, the Swedish Innovation Agency, and Business Sweden, the national trade and investment promotion agency.

“A lot of international talent, scale-ups, entrepreneurs and investors want to be in Sweden or in the Nordics,” Business Sweden’s Head of Talent Attraction Initiative Marie Claire Maxwell said. “For many reasons, whether it be work-life balance, or impact related. The entire tech and startup system here has become way more international.”

The business leaders interviewed for the government-commissioned report point to Business Sweden as one of the organizations that could take a leading role in coordinating and developing of international talent attraction.

In 2020, the government commissioned Vinnova and Business Sweden to help attract foreign talent and entrepreneurs to Sweden in a pilot project. The organization was also asked to address investment barriers in the country.

Many challenges with attracting the right skills and talent to Sweden

“A sluggishness in the work permit and relocation process entails challenges in attracting the right skills and talent within Sweden and abroad,” Business Sweden’s management said in the report. “The difficulty of obtaining a Swedish personal identity number and BankID with long processing times is an investment obstacle.”

Porkchop CEO Matija Milevonic says he’s spoken with people who’ve asked him for advice on moving to Sweden, setting up a company, and getting those work permits.

“It is actually a deal-breaker for some people,” Milenovic said. “There are a lot of smart people out there who could bring so much value to Sweden, and they’re being kept out for stupid reasons.”

Marie Claire Maxwell, from Business Sweden, argues that despite the current administrative challenges, there have been major improvements over the last couple of decades to make it easier for immigrants wanting to launch their own startups. Swedish companies also remain in need of large amounts of skilled labor in order to properly scale up.

“I think the talent issue, or competence, is on top of everyone’s mind,” she says. “When we have the election year, it will be even more important to discuss.”

The database is free and open to everyone, and aims to help connect job-seeking talent with entrepreneurs and founders in addition to matching investors with startups. More than 5,800 startups are listed on the site.

Good initiatives like Sweden Tech Ecosystem are available, but the report states many are often time-limited assignments or projects. The study concludes there is “no holistic approach” and a “lack of long-term perspective and continuity in the work with talent attraction and reception of labor from abroad.”

“The fact that we have realized that we need a national strategy, mapped out who the actors are, and who could be responsible will hopefully put light on the situation,” Maxwell says. “Otherwise, the talent may go elsewhere in Europe. I think the need for a Swedish and Nordic voice is very important.”

Milenovic says he hopes the issue is addressed and improved sooner rather than later.

“I don’t want to paint a bad picture of Sweden, because it is a good place, and I could not have achieved what I have achieved if I hadn’t come to Sweden,” he says, pointing to Sweden’s established entrepreneurial ecosystem. “But Sweden is really shooting themselves in the foot with some of the basics.”

This article has been written by Techarenan, an entrepreneurship platform, which also covers startup news on Techarenan News.