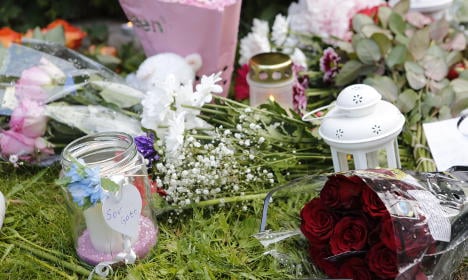 Police and emergency services found the girl and her mother seriously injured when they were called to the house in Bålsta in the afternoon of July 9th.

They were both taken to Uppsala University Hospital, but the nine-year-old bled to death before doctors at were able to save her life.

Her father, who is 47 years old and a director of a successful IT company, was charged with her murder on Monday. He is accused of killing the girl by stabbing her in the head and chest.

He is also charged with aggravated assault over allegedly launching an attack on her mother with the knife when she tried to protect her child.

According to the TT newswire, the man is also accused of attacking or attempting to assault the mother's adult daughter and boyfriend, who were in the house at the time.

The man, who had sought psychological help at Uppsala University Hospital just hours before the alleged attack, denies all charges and claims he has no memory of the incident, partly because of mental illness.

Swedish prosecutor Liselott Herschend declined to comment when asked by Swedish media on Monday morning and said she would not answer questions until later in the afternoon.

The shocking incident, which captured attention in Sweden, also stirred emotions in the quiet town of Bålsta and flowers were left outside the family home after the girl's death.

Bålsta, in Uppsala County, north-east of Stockholm, is situated near Lake Mälaren. It has just over 14,000 residents.