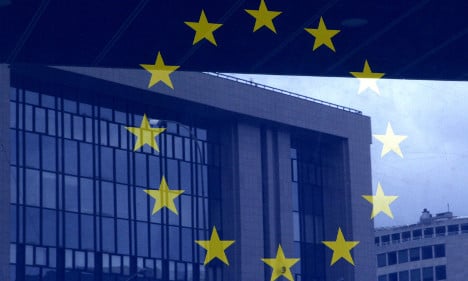 The European Council building. Photo: Michel Euler/TT
Tusk made the announcement through Twitter and set the date for Wednesday 23rd of September at 6pm.
The ex-Polish premier consented to a demand made by Chancellor Angela Merkel after a meeting of EU interior ministers on Monday failed to reach an agreement on relocating 120,000 around EU member states.
On Tuesday Merkel called for a special summit saying “it is a problem for the entire European Union and therefore we argued for a special EU summit to be held next week. Donald Tusk will look into that.”
At the meeting on Monday in Brussels, ministers could only agree on quotas for a more modest relocation of 40,000 refugees from Italy and Greece which was proposed in May.
Germany had reacted to the failure furiously with vice-Chancellor Sigmar Gabriel saying Europe had disgraced itself.
Swedish Migration and Justice Minister Morgan Johansson told Swedish Radio after the meeting that he would continue to push for a mandatory relocation scheme.
“It would then mean that you force countries to do things they do not want. On the other hand, that's a situation we all sometimes experience, that you sometimes have to do things you don't want to do, just because the circumstances actually call for political leadership,” he said.
“The EU has to be able to exercise that political leadership now.”
Monday's meeting came after Germany, followed by Austria and Slovakia, announced it would introduce border checks after revealing it could no longer cope with the record influx.
But Sweden, which takes in the second largest number of asylum seekers in the EU, said it would not follow suit in the near future.
“We are not close to such a situation,” said Prime Minister Stefan Löfven at a joint press conference with European Parliament President Martin Schultz.
However Finland announced it would increase checks at its Lapland border with Sweden after growing numbers of asylum seekers crossed into its territory from Sweden's far north in recent weeks.
Sweden is expected to recieve at least 74,000 asylum applications by the end of 2015.