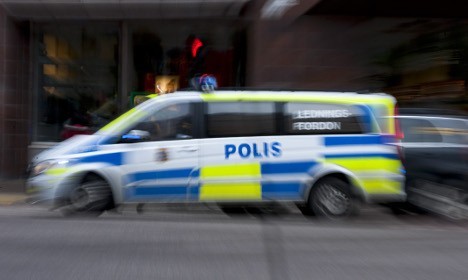 The security guards were attacked at a bar in the centre of Norrköping at around 3am. The alleged perpetrators – two teenagers – were arrested for attempted murder after witnesses overpowered them.

“The security guards were attacked and stabbed, but I do not know the reason. We will talk to the arrested men in the morning when they have sobered up,” said Lars Engström, station officer for Norrköping police.

The hospital stated this morning that the two men, who are 30 and 45-years-old, have life-threatening injuries and are in intensive care.

Shortly after the attack, two more men were stabbed at another nightspot in town after an “altercation” involving 21 people.

One of the men has a life-threatening injury and is intensive care.

The offenders in the second incident have not yet been apprehended, according to Engström, but police will be speaking to witnesses on Sunday.

Last month a man stabbed three people in Norrköping in what appeared to be a random attack.