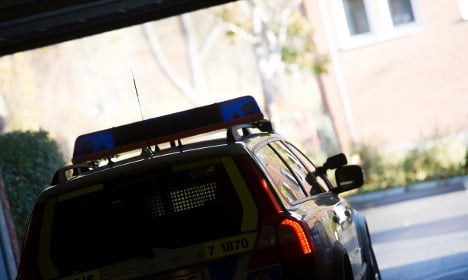 The toddler was waiting for the bus with his family at around 6pm on Thursday at the main bus station in Östersund in northern Sweden when a man allegedly attacked him and pushed him to the ground.

He is then said to have kicked the boy, before escaping on a bicycle.

Police were looking for a man wearing a blue jacket, blue trousers and a dark hat, but said they would “neither confirm nor deny” witness statements alleging the attacker was in a bus driver uniform.

A man was brought in for questioning on Friday on suspicion of aggravated assault.

“We have arrested a man who is now in custody,” police investigator Maria Olofsson told Swedish broadcaster TV4.

It was not known what prompted the man to allegedly attack the boy.

“I have no information about what could have made anyone do this, you can't understand why you would do something like that to a two-year-old,” police control room officer Mikael Abramsson told the Aftonbladet tabloid on Thursday evening.

The child was taken to hospital in Östersund. According to doctors he was not seriously injured in the attack.