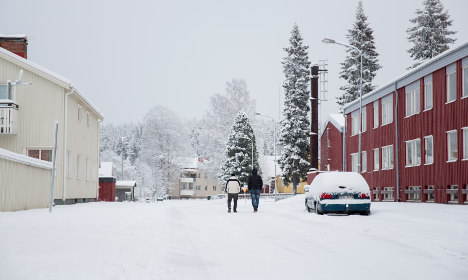 Moder Mothanna Magid was freed without charge and cleared of all suspicions related to terrorism on Sunday, three days after the Säpo security police arrested him in a raid on the asylum accommodation where he had been staying in northern Sweden.

“He is no longer suspected of any crime,” the national prosecutor's office said in a press release.

On Tuesday morning the Iraqi man revealed he had been able to return home to Boliden in the far north of Sweden, where he had been staying up until his brief arrest.

“I am very well now,” he repeated to the Expressen tabloid on Tuesday morning.

“I just want to live here and feel good. I want my regular life to continue, with my friends. I have missed them,” he added.

The 22-year-old, who has vehemently denied being involved in any criminal activity, insists he is not angry for being wrongly accused by authorities.

“They did their job. Anyone at all could become a suspect. I was well taken care of and then they also understood that I was not suspected of anything,” Magid told Expressen.

His name and picture were published by media across Sweden after police launched a massive manhunt for a “suspected terrorist” last week, raising the terror threat level to 'high'.

“What are you going to do? I'm in this position now. It doesn't matter. Everyone knows that I'm innocent. I hope everything will turn out well,” he said.

“I can only underline that the initial information and the evidence which pointed against him, was sufficiently severe that, in any criminal investigation he would be in focus,” he said. “It was very concrete information and he was pointed out very clearly. I assume we would have done this with or without what happened in Paris.”