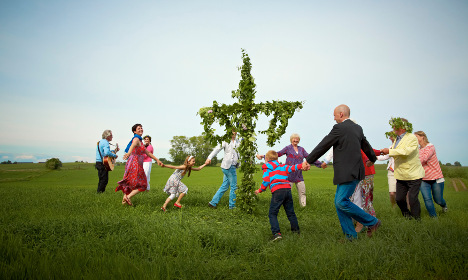 Feelings of rootlessness are something many immigrants and expats have struggled with, and a Swedish reality TV show offers Swedish-Americans a chance to visit the land of their forefathers and gain a glimpse into their past.

With shooting for the sixth season of 'Allt för Sverige' ('Everything for Sweden') set to start in summer 2016, producers are looking for a batch of new brave contestants.

The reality show plucks around 10 Americans from their homes and drops them on the soil of their ancestors to reconnect the winner with Swedish relatives – provided they overcome the culture shock, which usually involves things like trying pickled herring for the first time.

“In the years 1846-1930, 1.3 million Swedish people immigrated to America to build a better life for their families. Today, more than 4.8 million Americans have Swedish heritage,” write the producers in a casting appeal.

“Since America has such a strong impact on the world through its politics, financial institutions, television, film, fashion and culture it will be interesting to turn the tables and bring people back to their Swedish roots.”

The fifth season of the popular show is currently being shown in Sweden by public broadcaster SVT with the finale set to air on December 20th.

READ ALSO: Seven Swedophiles who have never been to Sweden