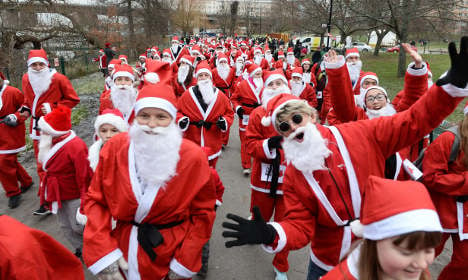 Some of the runners in Tantolunden park. Photo: Fredrik Sandberg/TT

“It was brilliant. I'm a Santa enthusiast and an avid runner, so its the best of two worlds,” said Andreas, a 27-year-old participant.

The second annual three-kilometre (1.8-mile) run was organized for various charities including Save the Children and the Red Cross.

It took place on the island of Södermalm in Stockholm.

“The Santa suit was cosy and warm. It was a good opportunity to run as a Santa for good causes.”

The race had no official winner. In true Santa spirit it had the goal of bringing awareness of the poor and needy during the holiday season.

Dancing and singing Santas also provided entertainment to crowds of onlookers that gathered to watch the runners, performing Latin music from a stage in Tantolunden park. 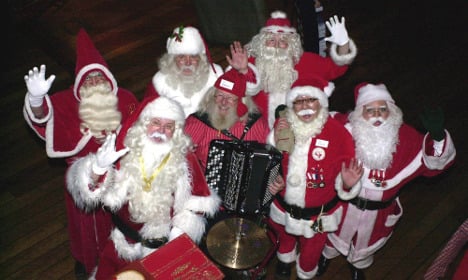 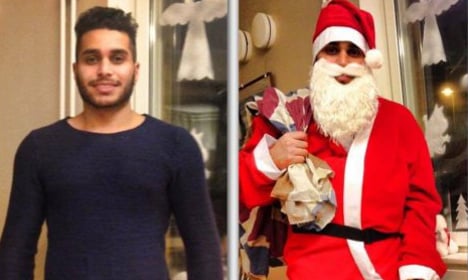