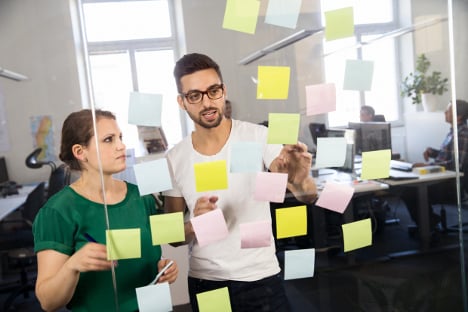 Finding a job in a foreign country is never easy, even in the best of circumstances. And often the thousands of refugees arriving in Sweden face greater hurdles than other immigrants.

But many skilled refugees who’ve fled war and persecution have managed to find work in Stockholm, thanks to the city’s strong, tech-driven economy and programmes that help match foreign graduates with qualified jobs.

“The fact that almost everybody in Stockholm speaks English also was an important factor, as I could start immediately without worrying about a language barrier,” says IT entrepreneur Hamed Khoramyar, who arrived in Stockholm from Iran in 2010.

For Rami Sabbagh, who fled to Sweden from Syria’s civil war, an internship provided through a helped him eventually land a full-time job at Spotify, one of Stockholm’s most famous tech ‘unicorns’.

“When you don’t have experience in Sweden, employers prefer to hire someone who has actually worked here,” he says.

Having the right attitude is also important, adds Tayeb Al Muhammad, a database expert from Syria who arrived in Stockholm in 2014.

“You have to avoid the negative vibes and never give up. You have to be stubborn – not simply motivated – but stubborn,” he says.