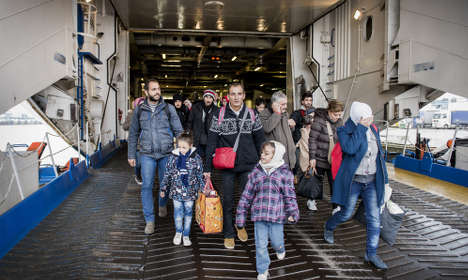 Although many Swedish municipalities have been overwhelmed with the influx of refugees, most of them could accept more if the distribution system was fairer, believes Per-Arne Andersson, the association’s department head.

“There are 40-50 municipalities that are facing a crisis,” Andersson told Swedish Radio News.

Andersson says it is the uneven distribution of refugees among the municipalities that has proved to be such a problem.

However, the government is set to introduce legislation that would commit all municipalities to receive people who have been granted residency permits.

Andersson, however, was unsure whether such legislation could work in practice.

“Under law people can still move anywhere in the country if they can find housing.”

This could mean that migrants will just gravitate back towards the major conurbations that are already under pressure.

Erik Nilsson, a government minister with responsibility for the labour market, believes that the key issue is refugee accommodation.

“We have so many refugees arriving that the question is almost academic,” he told Swedish News Radio.

“We need for people to be able to find their own housing, using their relatives, and we also need more refugee housing facilities.”

The government has announced a series of measures aimed at reducing the number of refugees coming to Sweden and in early January authorities plan to begin checking IDs on trains and buses travelling to Sweden from Denmark.

Sweden, a country of 9.8 million, has taken in more than 160,000 asylum seekers this year — putting it among the EU states with the highest proportion of refugees per capita.

This unprecedented influx of migrants have put severe strains on infrastructure and authorities have sounded the alarm.