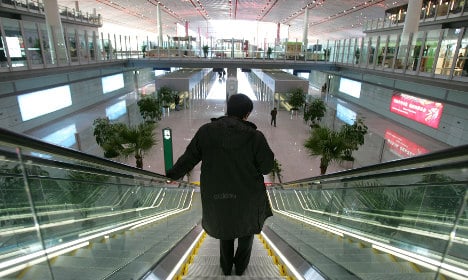 A man known as Peter Beckenridge, who worked for the Chinese Urgent Action Working Group, was detained at a Beijing airport on January 4th, a spokeswoman for US-based charity Chinese Human Rights Defenders told AFP, citing associates of the man.

He was being held on a charge related to “endangering state security”, the spokeswoman added.

A document submitted by the group to the UN detailing “intimitation, surveillance, and house arrest to physical attacks, enforced disappearance and arbitrary detention” of activists listed Beckenridge as a contact.

A Beijing telephone number listed on the document went unanswered on Tuesday. China's foreign ministry said it was unaware of the case.

Sweden's embassy in Beijing said in an email that “a Swedish citizen, man in his mid-thirties, has been detained in China”, adding: “The Embassy is investigating this.”

It has also drafted a new law that would put overseas non-governmental organizations (NGOs) under close supervision by Chinese police while operating in the country.

According to drafts of the law being considered by the legislature, overseas NGOs will have to “partner” with at least one Chinese government department.

They will also have to submit “work plans” detailing their activities to Chinese police for approval, among other measures.

Overseas charities and business groups have said they believe the law will seriously restrict their operations in China, and the vague wording of its references to “security” has raised fears it could give police wide-ranging discretionary powers.