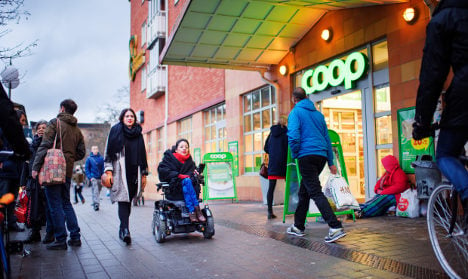 Sweden saw inflation for all of 2015 drop by 0.04 percent, its third consecutive year of declining consumer prices, the national statistics agency said this week.

Meanwhile in neighbouring Finland the consumer price index fell 0.2 percent from a year earlier, the first time in 60 years that prices taken over the whole year have retreated, the Finnish statistics institute said.

The change is weighed down partly by weak global energy prices.

Concerns about deflation persist in both Nordic nations, despite the differences in the two countries' economies.

Sweden saw strong economic growth last year of 3.7 percent, according to an estimate of the Swedish central bank, which has been trying to stimulate price increases by cutting interest rates to avoid the risk of deflation. Sweden has also continued with its version of quantitative easing, a bond buying programme, which in simple terms involves borrowing money to inject back into the economy.

Forecasters have predicted further economic expansion in 2016. However, Stefan Mellin, a spokesperson for one of the region's leading banks, Danske Bank, said on Twitter that the nation's low inflation figures pointed to the need for even more monetary easing from the central bank, extended quantitative easing and possible foreign exchange intervention.

He is one of a number of economists who argue that prices need to rise in Sweden in order to further stimulate the economy, by flushing more money into the system.

READ ALSO: Why is Sweden heading for an economic boom in 2016?

Finland — which is also experiencing falling prices — has, in contrast to Sweden, been in recession since 2012, a situation blamed on its falling competitiveness, ageing population and the economic problems of  its major trading partners, Russia and the European Union.

But measures so far, including a key goal to lower labour costs, have failed to trigger growth.

After three years of recession, the Bank of Finland has said it expects the economy to contract again by 0.1 percent in 2015.

Experts have differed in their reading of the new data.

“As expected, inflation (was) -0.2 percent in December and in 2015. Prices at constant tax rates decreased by 0.4 percent in 2015 and calculated that way, deflation continues in 2016,” economists at OP bank wrote on Twitter.

Juhana Brotherus, of Hypo bank, also said in a tweet that Finland was in deflation.

But Pasi Sorjonen, of Nordea bank, contested that deflation was an issue, tweeting that core inflation had remained positive, at 0.14 percent.

Either way, financial analysts in both Nordic countries are keen to see inflation increase markedly in 2016, as a sign of economic activity in the region.