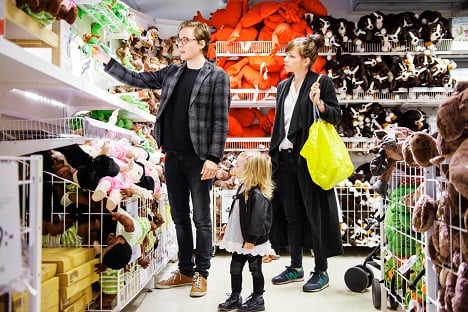 We're trying to crack the nut which is Swedish creativity – what's the secret to the booming tech scene? Why are Swedish startups so successful? What makes Swedes so creative?

Last week we found out that Swedes “think international” from day one, which leads to startups which are ready to tackle the world. The Swedish way means taking inspiration from the best of the best, all across the world, and adding your own special touch.

But that's not all. Creativity should also look good. For Swedish start-ups, appearance matters from day one.

Swedes are attractive and so is Sweden itself. There is art on the subway and every home (except the author’s) is on constant standby for a magazine photoshoot. Aesthetics matter here.

And aesthetics matter to the creative process because for anything to engage the attention of others – whether it is an app, a piece of furniture, a work of art, a kitchen implement or a vehicle – the user interface needs to be attractive.

Sweden's reputation for design is partly a result of the city’s creative tendencies, but the importance placed on design also contributes to the creativity.

“When investors talk about how much they travel to Stockholm and how great it is, they talk about the quality of the products,” says Siavash Ghorbani, co-founder of TicTail. “Even if it's a small team, the products are always impeccably crafted. I'm not sure it's like that anywhere else in the world.”

Design and usability is never an afterthought for a Swedish start-up. It’s the key to the idea from the very start. Your product – or service – must meet a need, but it also has to look good while doing it.

”Design is critical in products today more than ever. And the Nordics, Sweden, and Stockholm are strong in this area,” says Creandum’s Staffan Helgesson.

Helgesson says that the trend of focusing on art and design – “marrying art and tech” – started with Steve Jobs and Apple. But in typical Swedish fashion, Stockholmers have taken a concept and improved upon it.

”When you really mix the tech side seamlessly with the product and design side, like in Apple or TicTail, you get fantastic products. It's the blend of technical expertise and the artistry of building phenomenal products.”

How to do it the Swedish way