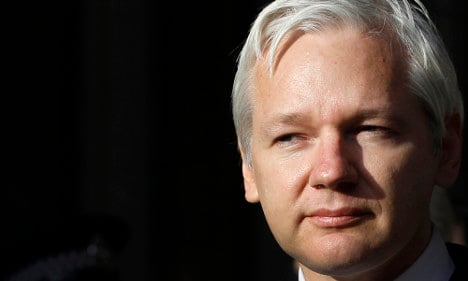 When Wikileaks founder Julian Assange announced he might finally leave Ecuador's embassy in London on Friday, it was a new twist in a long-running thriller pitting hi-tech activists against mighty governments.

The Australian ex-computer hacker, whose website enraged Washington and governments worldwide by publishing hundreds of thousands of secret files, has been holed up for three and a half years in a cramped room in the embassy.

Ecuador granted him political asylum in 2012, while Sweden wants him extradited over an allegation of rape.

Assange said Thursday he expects to be treated as a free man if a UN panel rules in his favour in the alleged rape case, though Britain said it would have to detain him should he emerge.

He has compared living inside the embassy – a gardenless apartment in the plush Knightsbridge district, opposite Harrods department store – to life on a space station.

Eccentric and lanky with a shock of white hair, the 44-year-old is no stranger to controversy.

His radical anti-secrecy agenda has polarised opinion between those hailing him as a hero and critics who say Wikileaks has put lives in danger by flooding the Internet with confidential government documents.

Ironically, Assange himself is highly secretive.

After the launch of Wikileaks in 2006 he was constantly on the move, bouncing between cities and frequently changing his phone number.

Created by a group of like-minded activists and IT experts, Wikileaks was built on a simple concept: through a secure online “drop box”, it would let whistleblowers leak classified information without fear of exposure.

“We are creating a new standard for a free press,” Assange told AFP in an August 2010 interview.

Wikileaks made its first big headlines in April 2010 with the release of footage showing a US helicopter shooting civilians and two Reuters staff in Iraq.

And later that year, it captured the world's attention with a series of mass document “dumps”.

The next month, the website caused its biggest shockwaves to date by beginning to publish more than 250,000 diplomatic cables from 274 US embassies.

Wikileaks won a huge left-of-centre following for its exposure of the secrets of the powerful – but enraged governments, particularly the United States, which has mulled legal action against Assange.

Assange was meanwhile falling out spectacularly with a string of “partner” media organisations involved in the releases, including The New York Times and The Guardian in Britain.

In their book on Wikileaks, Guardian journalists David Leigh and Luke Harding recalled how Assange responded to the risk that the US government's Afghan informants could be killed if their names were published online.

“Well, they're informants,” Assange allegedly replied. “So, if they get killed, they've got it coming to them. They deserve it.”

Allegations of rape and sexual assault stemming from encounters with two women in Sweden first emerged in August 2010, although the sexual assault accusations have since been dropped under a statute of limitations.

Just days before Wikileaks began publishing the diplomatic cables in November 2010, Swedish authorities issued a pan-European warrant for his arrest. He was arrested one month later in London.

Assange has insisted the accusations are politically motivated and could lead to his eventual extradition to the United States, where supporters say he could face the death penalty.

He finally fled to the Ecuadoran embassy in 2012 when he exhausted his British legal options.

Born on July 3, 1971 in Townsville in Queensland, Assange has described a nomadic childhood and claims he attended 37 schools.

In one memorable incident he described getting into trouble after hitting a girl's head with a hammer at primary school – adding that she was unharmed.

Living in Melbourne in the 1990s, the teenage Assange discovered a talent for computer hacking.

But he was soon charged with 30 counts of computer crime, including allegedly hacking police and US military computers.

He admitted most of the charges and walked away with a fine.