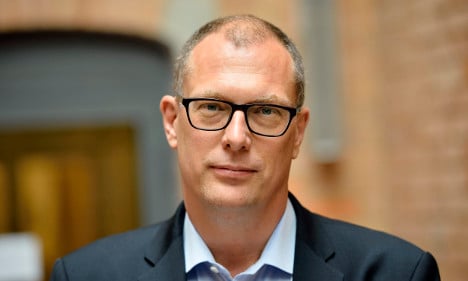 Göran Marby has been named head of the body that manages internet addresses and develops rules and policies for the global online community.

The cyber whizz, who is currently director-general of the Swedish Post and Telecom Authority, will take charge of the Internet Corporation for Assigned Names and Numbers (ICANN) in May. The organisation is currently a non-profit organisation with strong links to the US government, but it is transitioning to become a more impactful independent non-governmental body.

Marby has described ICANN as evolving and vowed to keep it on course under what is known as “multistakeholder” governance, bringing in business and academia as well as government users of the internet.

“The stakeholder model has proven its strength,” he told AFP news on Monday.

“It is important for me to continue that evolution. That is the way of going forward right now.”

The Swede will succeed Fadi Chehade as president and chief executive at ICANN.

While the transition will not change how the internet works, it will help reassure users, businesses and governments about its integrity, according to supporters who see it as a symbolic move towards asserting the web's independence.

The multistakeholder model is intended to allow virtually all users, in the public and private sector, to participate in internet governance – as opposed to a “multilateral” system controlled by governments.

A transition plan being prepared since early 2014 is undergoing final touches before being delivered to the US government, and is on track for completion this year, ICANN says.

Marby's experience working with telecoms and technology stretches back more than 20 years, but he considers himself more business manager than geek.

“All my career I have been working with networks and the Internet and information security,” Marby told AFP. “When this opportunity came around to continue to contribute to something that is so important, that was an opportunity I could not pass.”

Sweden's PTS is a government agency that oversees communications industries including telephone Internet, and radio.

Before becoming its director-general in 2010, Marby spent about seven years as the chief of security software company AppGate, which he co-founded.

His background includes a stints with computer networks firms Cygate Group and Cisco. Marby holds a bachelor of science degree from the University of Gothenburg.

The 53-year-old Swedish citizen will move with his family from Stockholm to Los Angeles, where ICANN has offices.

“I am going to be on a really steep learning curve, but that is going to be part of the fun,” he said.

Outgoing ICANN chief Chehade said in an interview last month in Washington the change is symbolic.

“People have aggrandized the role of the US government in what we do; but the change is actually minimal,” Chehade said.

“It's important symbolically because the US was really a steward for the internet, but for day-to-day accountability, it is minimal.”

Chehade said that without US oversight, ICANN would be managing the technical functions of the internet under the supervision of a 16-member board which is designed to maintain diverse representation.

“We have a very solid process that ensures this is not a capturable board,” which can be hijacked by governments or other institutions, he said.