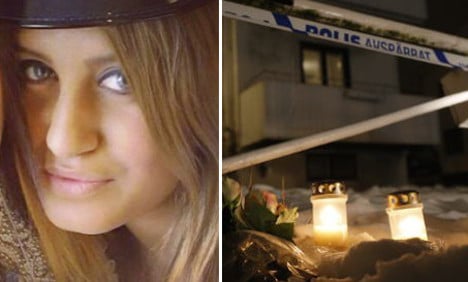 When police arrested the suspect last month, it was widely reported that he was born in 2000. But Sweden's Migration Agency has now suggested that he is at least three years older.

Johanna Måhlen, a press spokesperson for the agency told The Local that “the applicant did not make it probable that he was under 18” when he applied for asylum in the Nordic nation, despite ending up at accommodation for refugee children.

Regional newspaper Göteborgs-Posten first reported on the discrepancy, suggesting that the suspect, who was previously understood to be 15, had applied for a work permit in Sweden, where pupils don't typically leave school until they are at least 18.

“The migration agency's decision that he is an adult is also relevant in the criminal case,” prosecutor Linda Wiking told the paper, suggesting that he might now be tried in an adult court.

On Wednesday a district court upheld her request to extend detention of the suspect, with the next hearing in his case due to take place on February 25th.

“The detained man is still on probable suspicion of attempted murder. This suspicion is strengthened by the investigation,” said Wiking.

Mezher, 22, was stabbed to death at the asylum accommodation in Mölndal near Gothenburg in January. Her killing stoked far-right sentiment, with a violent march and a demonstration organised days later in the Swedish capital.