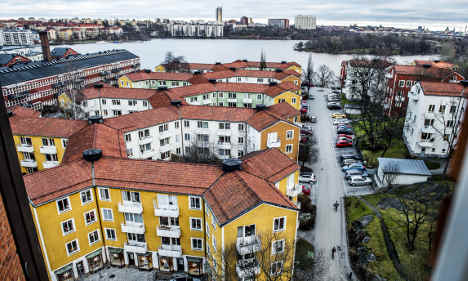 The average cost of both apartments and houses in Sweden remained steady for the third month in a row in January, according to Svensk Mäklarstatistik, the Swedish agency which measures real estate agent sales.

“As far as we can see, the same goes for February,” Per-Arne Sandgren, head of research at the agency, told Swedish newswire TT.

However he added that supply remained low in Sweden, where there is a housing shortage in major cities, with sales continuing to be made swiftly.

Experts had previously warned that it was too soon to say whether the market had finally cooled after record price hikes in 2015, despite earlier signs it was slowing down. This was because property sales typically dip around the Christmas holiday season every year.

However property firms confirmed on Friday that they had noticed a more significant shift.

“Prices have stabilised at a historically high level,” said Erik Olsson, who runs his own housing company and is chairman of Fastighetsmäklarförbundet, Sweden's estate agents association.

He told TT that new stricter rules imposed by banks were having an impact on the size of mortgages being offered to potential buyers, calming bidding wars in Sweden, where most homes are sold via text auctions.

“Banks lending limits are determining the ability to pay,” he said.

The cost of buying an apartment or house rocketed in Sweden in 2015 with October prices showing an average jump of 14 percent compared to the same month in 2014 and even bigger hikes reported in the country's largest cities.