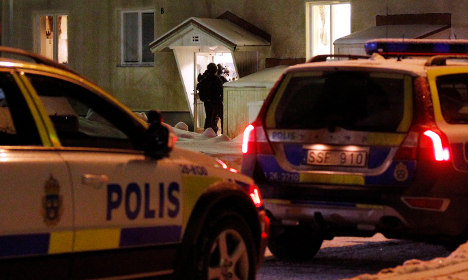 The incident comes less than a month after a 22-year-old female employee at another refugee centre was stabbed to death by a resident, in a case that shocked Sweden.

Police said a suspect had been arrested in connection with Saturday's brawl at an asylum centre in the town of Ljusne, on Sweden's east coast, but gave no further details.

“A preliminary investigation for murder and attempted murder is ongoing following the death of one person in a fight,” police said in a statement, which did not specify the identity of the victim.

It is not known what triggered the clash but some 15 people were reportedly involved. Local media said the victim was believed to be a 20-year-old man.

Sweden took in a record 163,000 asylum seekers last year, the highest number per capita in Europe, and the authorities have been struggling to cope with the influx.

Prime Minister Stefan Löfven said on Sunday that measures had to be taken to ease tensions in some of the centres housing asylum seekers.

“We need to ensure security in the refugee centres,” he told Swedish news agency TT.

“One of the problems is that they are living in cramped conditions. Idleness is another issue and we want to work more closely with educational bodies and even sports federations so they can keep positively occupied while they wait (for asylum requests to be processed),” Löfven said.

According to the Swedish Migration Agency, the number of incidents of violence or threats in asylum centres more than doubled in 2015 to 322 reported cases, up from 148 a year earlier.