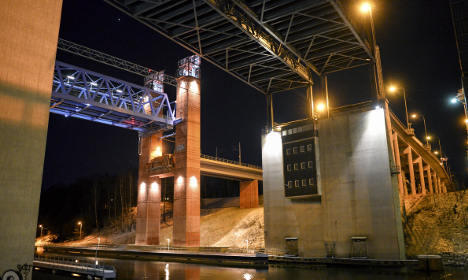 Investigators have been at a loss to explain why the band's car on February 13th drove through a signal light and two barriers towards a canal bridge in Södertälje near Stockholm.

Police now want to question a taxi driver who had stopped at the barrier and whose sideview mirror was smashed by the band's car as it drove past.

Truck driver Jonny Alexandersson has previously told daily tabloid Aftonbladet that other vehicles were present when the band's car sped toward the bridge.

A preliminary autopsy has shown that the driver of the car did not have “elevated levels of drugs or alcohol” in his body, and surveillance footage from the bridge has provided no clues to the cause of the accident.

The footage, which has not been released to the public, shows the car was “not travelling at an alarmingly high speed,” Berglund said, adding that the car braked twice before changing lanes.

“We can also rule out the idea that the driver may have fallen asleep at the wheel. The driving is controlled. There is a clear lane change that would not have occurred if the driver were asleep,” he said.

Police and bridge operators have previously established that the barriers and signal lights were working properly at the time of the crash.

The band, who last year released a debut single, had been in Sweden to perform at a music festival in the central city of Norrköping and were headed back to Britain for a gig the following day.