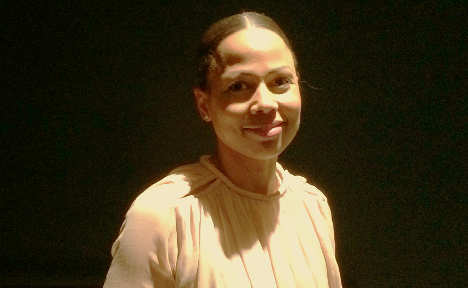 Speaking at a panel discussion in Stockholm on Thursday, the minister also admitted Sweden needed to create additional “fast track” programmes like those in place for doctors and some other professions to help artists, writers, and performers find employment more quickly in Sweden.

“We need fast tracks for other kinds of occupations. And it’s our responsibility to have good contact with civil society organizations to see what they say needs to be done,” she said.

Bah Kuhnke’s comments came as part of a larger discussion about how to build bridges between Sweden’s cultural sector and the many newly arrived artists who have to Sweden as refugees in recent years.

Existing cultural institutions in Sweden must adapt, she explained, in order to make it easier for artists to deploy their talents. The minister speaks as moderator Kerstin Brunnberg looks on.

“We can’t of course break the rules, but we really need to be brave in taking risks,” the minister said. “When you take risks, you can earn the most. In that way, we need to be like private companies.”

The discussion was held at Kulturhuset Stadsteatern as part of the ForumDebatt series, and was moderated by Kerstin Brunnberg, former head of Swedish public radio broadcaster SR.

One of the panelists, author and actor Namir Shamany, urged a new way of looking at the recent wave of refugees that have come to Sweden.

“It’s not a refugee crisis, it’s a refugee chance,” the Iraqi-born author said.

Several non-governmental organizations (NGOs) were also represented, including the Swedish Union for Performing Arts and Film (Teaterförbundet), the Mälardalen freelance journalists union, and the Swedish Joint Committee for Artistic and Literary Professionals (KYLS).

It is not a refugee crisis, it is a refugee chance, säger Namy Shamary, författare från Irak, på seminariet Nya konstnärer @ForumDebatt

KYLS chairperson, actress Marika B. Lagercrantz, referred to the ”catastrophe” of artists so often being asked to work for free and unable to support themselves on their art alone, prompting Bah Kuhnke to stress the value of staying organized in associations and union groups.

She admitted, however, that existing groups aren’t always as welcoming as they could be.

“I know we are very good at talking to our own,” she told the audience. “But we aren’t as good at inviting you [immigrant artists] into our organizations.

“We need to remind ourselves that a good society is a society where the smallest minority can have a good life.”

When asked what sort of efforts the government is taking to promote integration in the cultural arena, the minister responded bluntly: “We are doing a lot; I don’t even know where to start.”

She referred to the Swedish Arts Council (Kulturrådet), as a vital channel for distributing public funds to support cultural and arts projects.

“We don’t give the money to municipalities; we give it to civil society organizations,” she said. “We want the money to go to people.”

The evening concluded with a performance by FlenVärldsOrkester, a group that embodies cultural integration by bringing together musicians from Sudan, Syria, Lebanon, Sweden, and Italy (see video excerpt below).