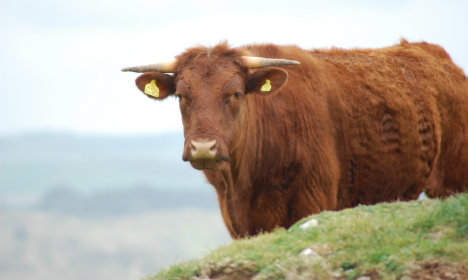 Not one of the missing bulls. Photo: Paul Hayday/Flickr

The bulls slipped through a fence belonging to the prison in northern Sweden during the night between Sunday and Monday – and spent the following day on the loose.

A few of the animals were spotted at lunchtime, having crossed the ice to a nearby island, and now all have been accounted for, confirmed Nicklas Sahlström of Sörbyn prison.

“We need help finding them, so if anyone sees them, please tip us off,” duty officer Tommy Nilsson of Västerbotten Police said to newspaper Aftonbladet on Monday morning.

Nilsson underlined that, despite it being a prison escape, the animals were “bulls, not thieves”.

Night staff set off the alarm at 3am Monday at the open correctional facility, which is also engaged in agricultural activities. A number of the bulls made a hole through the fence before finding a way through – and then disappearing from the scene.

“We followed events with some interest. But I am less concerned about escaped bulls than I would have been if it was 24 inmates from the institution,” duty officer Dan Andersson of Västerbotten Police told TT.

The bulls did not pose any danger to the public, the police confirmed.