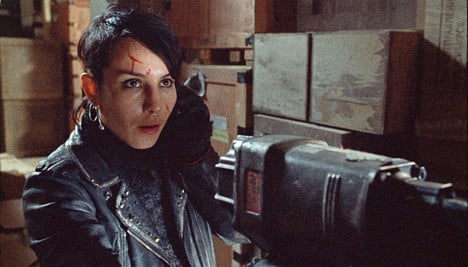 1. It's going to be widely available internationally

Millennium 5 is set to be translated into a whopping 56 languages (more than the fourth sequel, 'The Girl in the Spider's Web'), hoping to reach out to all of its global fan base. All the different versions are expected to be released around roughly the same date – spring next year – and Lagercrantz has been given a February 2017 deadline to finish his Swedish-language text, to make sure translators are given enough time to work.

“Things are calmer now, I have survived the worst, but because it went so well with the last book the expectations have been pushed up further,” he told the Dagens Nyheter (DN) newspaper on Tuesday. “I feel that I have a tendency to be rather snobby about my popular science education. There was a bit of that in Millennium 4, I was supposed to write about black holes and everything,” said Lagercrantz. “There won't be as many prime numbers in Millennium 5. I'm going to write more Raymond Chandler-esque or Zlatan-esque. A lighter, more hard-boiled touch.”

Lagercrantz famously ghost wrote footballer Zlatan Ibrahimovic's biography 'I am Zlatan' about the striker's rough upbringing in Malmö. The Local is secretly hoping that gems like “an injured Zlatan is a serious thing for any team” and “I was unhappy, but I carried on being brilliant” are going to come out of heroine Lisbeth Salander's (Zalander's?) mouth in Millennium 4. 3. Its author is struggling to write it…

Lagercrantz, who has previously said he was “born to write” the Millennium sequels, admitted in the DN interview that he was in the process of rewriting the first 200 pages of the novel, because he was not satisfied with them. So when you hold the book in your hand next year, remember that several sheets crumpled up in Lagercrantz' bin came before it.

“It's unbelievably more difficult to write in a hard-boiled style than you think. Good hard-boiled prose requires a rhythm. You have to vary your sentences even if they are short and when the punchline comes you have to have prepared for it.” 4. … AND he is worried about money

Specifically, he is worried about having too much money – a problem that commonly strikes only Bill Gates and indeed Swedish Nordic Noir authors of world fame. He revealed that he was given “at least” 10 kronor for each copy sold of 'The Girl in the Spider's Web, which he estimated was around 3.5 million copies, and expects to be able to cash in even more on the upcoming sequel.