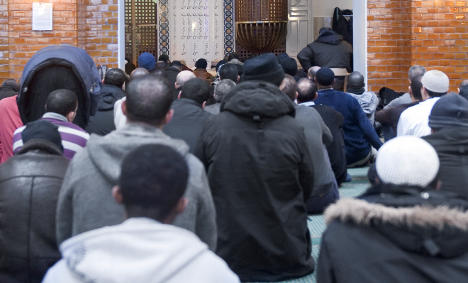 After surveying social workers in 220 municipalities and cities around the country, Socialstyrelsen's researchers identified 39 areas where staff said they had been working with young people at risk of or already turning to extremism. In 25 of the locations, children under the age of 18 were included in this group.

But staff working in a large majority of the the affected areas (31 out of 39) said that they did not yet have a strategy in place to provide support for teenagers who might want to distance themselves from radical friends or gangs.

“I think that there is still considerable uncertainty over how to handle these cases,” Ann Jönsson, one of the lead researchers behind the study, told Swedish newspaper Svenska Dagbladet on Wednesday.

Officials in Gothenburg, which has previously been identified as one of the key cities in Sweden where religious radicalisation is a growing problem, told the paper that it was working hard to tackle the issue, but admitted it remained a huge challenge.

“Over the past six months we have had an increase in cases where anxious relatives are contacting us,” said Sven-Johan Dahl, a spokesperson for social services in the city.

“We have slowly begun to develop an action plan to deal with the situation; this problem was almost completely unknown a year ago (…) There is no 'copy paste' [solution], rather it requires almost a new approach each time because each case is about individuals.”

The full findings of Socialstyrelsen's study are due to be presented to Sweden's Social Democrat-Green government next month.

Sweden's intelligence service Säpo has previously identified around 300 people as having left Sweden since 2013 to join Isis jihadist groups in the Middle East. It believes 135 have since returned to Swedish soil and has said that returning fighters are among the biggest threats to Swedes.

News of Socialstyrelsen's research comes just a day after a nationwide poll by the SOM insitute at Gothenburg University, suggested that more than half of all Swedes (53 percent) now think that immigration and integration are the most important questions facing the Nordic nation. This compares to just 27 percent a year ago.