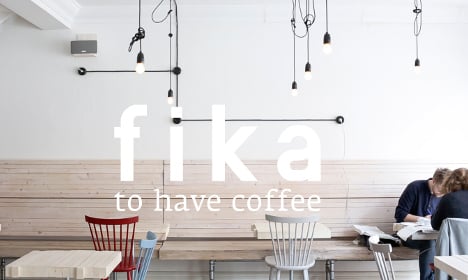 All pictures from the documentary 'Fika: to have coffee'. Photo: Fabian Schmid

What prompted you to make a documentary about Swedish 'fika'?

Last spring, I went to Gothenburg for an exchange semester. I'd been to Sweden before, but I hadn't been introduced to fika until last year. I instantly liked the concept of it and noticed that it was everywhere in Sweden and that socializing is an important part of it. In most other countries (like Switzerland), most people don't know what fika is. I thought it would be nice to explain it to people in a documentary. Fabian Schmid, who studies at Zürich University of the Arts. Photo: Nicolas Büchi/ZHdK

For those who don't know, what is fika?

I think there are a lot of definitions of fika out there. And it's probably not the same thing for everyone. To me, its main meaning is a coffee break – with an emphasis on 'break'. You take some time out from your busy life and enjoy a coffee or tea and maybe something to eat. The documentary focuses more on people than fika itself. Why?

I believe that the people are what makes fika so special. The series will provide information about fika, but I was interested in the little stories of the everyday and the different opinions people have about certain aspects of fika. The social aspect of fika is important. Photo: Fabian Schmid

What was the most surprising thing you learned shooting this?

I don't think there was this one crazy moment. It was rather lots of somewhat smaller things that surprised me, like certain people, their stories, their reactions to some questions or their answers. The documentary aims to give an insight into Swedish society. Photo: Fabian Schmid

What reactions did you get from Swedes?

I usually got really positive reactions. Many people were sort of surprised that someone would make a documentary about it, especially someone who's not Swedish. But most people, they liked the idea. What is your best fika memory?

Well, there are a bunch of fikas I shared with people I like that I remember in a very positive way. But, even thought it's a very fresh memory, I guess it has to be my visits to those seven cafes to produce the series. The people I met were so welcoming and helpful and I got to know Sweden from a whole new angle.

I was always sort of worried about not getting the shots I wanted and stressed out because of all the equipment I had to bring with me (and then some things broke down), so it was kind of hard to enjoy it. Looking back, though, it's a good memory connected to a lot of great people, many lessons learned – and delicious coffee. What, to you, makes a perfect fika?

To me, three things are really important: coffee, atmosphere and people. I drink a lot of coffee and I'm very interested in it, so I appreciate a good cup of coffee for my fika. I like to spend time at cafes with a good atmosphere, meaning nice design, good music et cetera. It just needs to be cozy. And lastly, the people I fika with.

Fabian Schmid studies at the Zurich University of the Arts. The first part of his six-episode documentary series 'Fika: to have coffee' was released on Monday, May 23rd. 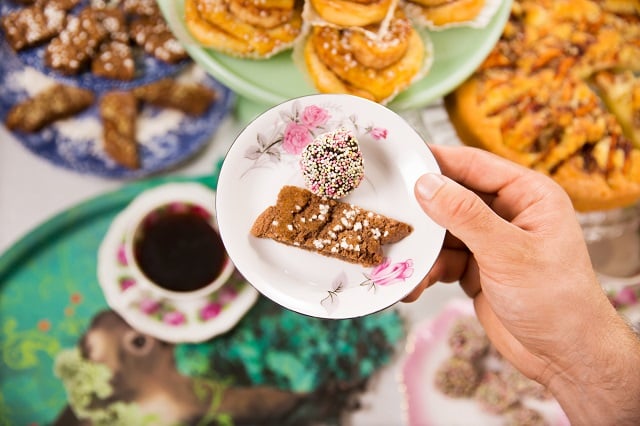 QUIZ
Quiz: How well do you know Swedish pastries and desserts?
Url copied to clipboard!