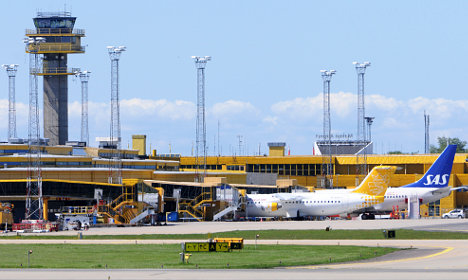 The 46-year-old Isis member is on a Schengen-area ban list and was taken into custody by border police at Malmö Airport on Monday.

He applied for asylum and remained in custody while migration officials examined his case.

“It was clear he had no grounds for asylum,” said migration agency press spokesman Fredrik Bengtsson.

Bosnians are not generally considered in need of protection by the agency, which meant the jihadist’s chances of getting asylum were very slim.

“The right to apply for asylum is unconditional, but if it’s clear in the investigation that there are no grounds for asylum then the case is handled in a particular order and a decision can be made very quickly,” said Bengtsson.

Police superintendent Leif Fransson was furious at having to keep the 46-year-old Bosnian in the country after his case was handed over to the Migration Agency.

“Sweden has got a reputation as a safe gateway for terrorists. As soon as these people play their trump card and shout ‘asylum’ the pearly gates are opened,” he told newspaper Sydsvenskan.

The 46-year-old was seized after arriving with his four children on a direct flight from Tuzla in Bosnia on Monday, the newspaper said.

His wife was already in Malmö visiting a friend and came to pick up the children at the airport.

France had previously ensured the man was placed on a Schengen area watchlist in order to block him from entering countries inside the European border zone.

Security services in Europe regard the man as a veteran jihadist who is considered highly dangerous.

He will remain in custody until the deportation order is carried out.