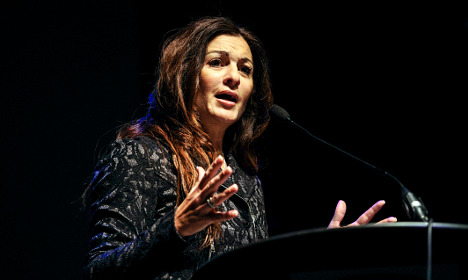 Stockholm District Court court on Friday cleared four 19-year-old men accused of gang-raping a woman the same age on a student party cruise, ruling that there was little to suggest that she had not had sex with the men voluntarily.

The court cited video evidence from the cruise ship and blood and urine samples taken many hours after the event to argue that there was little evidence that the alleged victim had been drunk enough to be rendered “particularly vulnerable” or unable to “protect her sexual integrity”.

But Elisabeth Massi Fritz, writing on her blog, said the Swedish legal system should be ashamed of the verdict.

She wondered “how the district court can come to the conclusion that a drunk young woman, alone in a cabin with four strange men, did not have cause to be afraid? What’s more, there was a man standing guard at the cabin door”.

It was “objectionable” that the court did not see these circumstances as being fear-inducing for the woman, she said.

In reasoning that the woman’s failure to leave the cabin was a tacit agreement to have sex with them, the court “puts complete blame on the victim,” said Massi Fritz.

She also noted that the court had “repeatedly” questioned whether the woman had been in a position to “protect her sexual integrity”.

“This brings to light a fundamental error in how we view sexual offences: the victim is expected to resist, protect herself, flee.”

Otherwise the only avenues open to victims are to show that they were rendered particularly vulnerable because of fear or inebriation.

But even though her friends had attested to how drunk she was, the court concluded that there was not enough supporting evidence.

“Witness testimony, as well as the plaintiff’s own version of events, should be enough,” said Massi Fritz.

Massi Fritz said the court should have lent much more weight to the alleged lack of consent.

“What should be decisive in this case is whether the woman wanted to have sex with the men or not, and if she had the possibility of freely making that decision under the pertaining circumstances. Not whether she physically resisted or managed to get away from the alleged scene of the crime.”

Massi Fritz said she hoped the verdict would be appealed and that the suspects were asked why they thought it was acceptable to exploit an inebriated young woman.

“Our laws are there to protect the victims of crime, not to relinquish grown men of responsibility for their actions. Sweden and the Swedish legal system should be ashamed of this verdict,” wrote Massi Fritz.