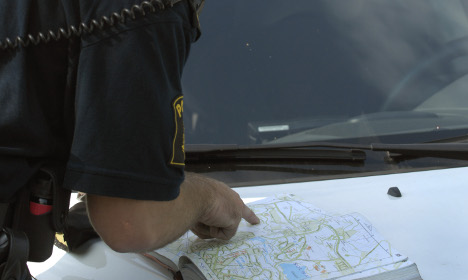 The Swedish police are organized into seven regional subdivisions, and it is the division handling the huge North region that has purportedly had some trouble with its local geography. The regional command centre in Umeå is alleged to have sent several patrols to the wrong destination due to a lack of knowledge of the area.

Local paper Örnsköldsviks Allehanda reports that one patrol was sent from Krokom in the west of the North region to a call-out almost 300km away in Örnsköldsvik, on Sweden’s eastern coast.

The paper also reports that on another occasion, officers were sent out to a burglary they were told was in progress in Frösön, Östersund.

When the unit arrived at the scene however, the person who had made the call was not present, and it was eventually clarified that the burglary was actually taking place in Sundsvall – almost 200km away.

Swedish police officials said the problem is not as great as has been described.

“I would argue that it isn’t so bad,” Benny Rinnström, head of the North region’s Umeå command centre told news agency TT.

“There have been some mistakes a few times, but we are fixing it. We have told the operators that we need to ask about the addresses and be especially clear.”