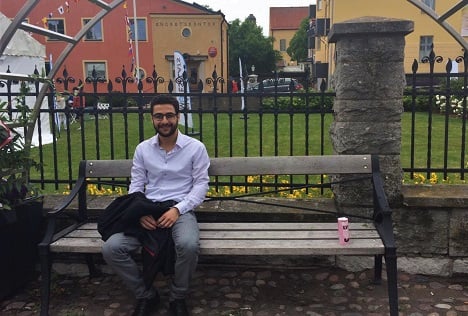 To a large extent, that’s true. Each year Almedalen Week in Visby, Gotland lures some 35,000 visitors from across the country. The event's origins are political, but the regulars now include lobbyists, NGOs, media agencies, and about any company – large or small – with an agenda.

But that's not the point.

Mohsen is not Swedish. The 24-year-old left Lebanon in late 2014 to study nursing in Sweden, and decided he wanted to stay. And this is his first time at Almedalen…

Read the story on The Local Voices