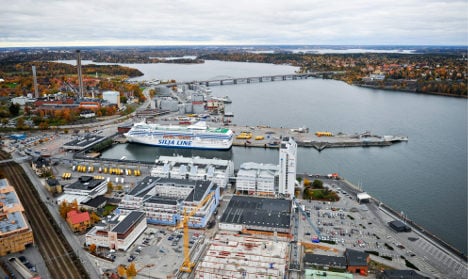 A cruise ferry in Stockholm not related to the article. Photo: Bertil Ericson/TT

“We have gone through the court verdict very carefully and have decided not to appeal. We don't think we would be successful in the appeals court,” prosecutor Kristin Morén told the Dagens Nyheter newspaper on Friday.

This means that the four 19-year-old men walk free after Stockholm District Court cleared them of all charges last month, ruling that there was little to suggest the woman had not had sex with the men voluntarily during the cruise between Stockholm and Finland in May.

The court cited video evidence and blood and urine samples taken hours after the event to argue that there was little evidence that the alleged victim had been drunk enough to be rendered “particularly vulnerable” or unable to “protect her sexual integrity”.

The case was one of the most controversial alleged rape trials in Sweden this year, with many hitting out at the court's decision to free the teens.

Elisabeth Massi Fritz, a high-profile Swedish lawyer, commented on the verdict on her blog, wondering how it came “to the conclusion that a drunk young woman, alone in a cabin with four strange men, did not have cause to be afraid?”

“Our laws are there to protect the victims of crime, not to relinquish grown men of responsibility for their actions. Sweden and the Swedish legal system should be ashamed of this verdict,” she wrote.

But columnist Oisin Cantwell, who comments on court cases and legal issues for Sweden's Aftonbladet tabloid, argued that the verdict was reasonable, writing: “The evidence was weak. A rechtsstaat [state of law] worthy of its name does not lock people up in prison on these grounds.”

The trial was one of a string of high-profile alleged sexual assault and harassment cases involving young immigrant men in Sweden this year, and had been seized upon by anti-immigrant and right-wing media.

The incident took place during an onboard party for 1,700 students described by organizer Fun Cruises as “a crazy action packed day at sea” on a “ship filled with students from all over the country”.