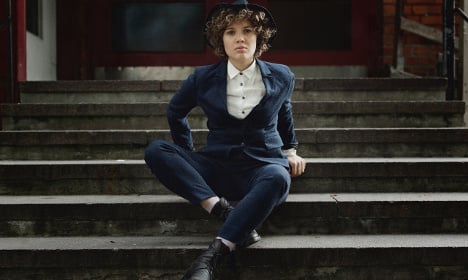 What better way to enjoy one of Sweden's hottest artist right now than in an old revamped garage in the southern Swedish countryside? That's what you get in Hammenhög on Thursday, when Amanda Bergman takes the stage at Garaget. But don't worry, she's also heading to Helsingborg on Friday, Visby on Tuesday and Sydkoster on Wednesday. Check out all the dates for her summer tour here.

This is not the kind of music you'll hear on Stockholm's hipster island Södermalm. But although your trendy friends will claim to hate it, dansband (dance band) is part of Sweden's music tradition. Read more about its weirdness here. Kicking off on Sunday, this is an entire week dedicated to dansband. It takes place in Malung in the picturesque Dalarna region and plays host to some of Sweden's most famous bands, including these 1990s pop stars who just launched a heartbreak hotline (if you missed it, go on). Ever wondered what Aviici sounds like on the piano? Here's your chance to find out. Piano player Anders Widmark interprets all the best Swedish summer classics – from actual classical music to summer hits by the Swedish star DJ as well as, obviously, Abba. All the talking will be done in English. It's in a beautiful location too: and old church on the Skeppsholmen islet in central Stockholm. Swedish reggae-folk-pop band Kolonien is performing in another gorgeous location in Sweden this weekend: a traditional farm house in Rättvik, Dalarna. They went on a two-month tour of Europe last year and now they're back in Sweden. In a couple of years' time, they will definitely be one of those bands where you'll want to say “I liked them before everyone else did”. Remember where you read that first.

There's plenty more happening in Sweden this week. Check out our interactive calendar below!