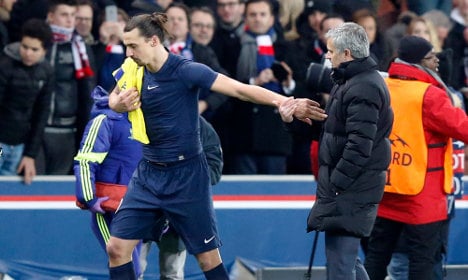 Ibrahimovic is currently on holiday in the United States instead of training with the rest of the squad in China where they are set to clash against Borussia Dortmund tomorrow.

The Portuguese manager defended the decision on Thursday, saying that all players had to be assessed differently as to how much of a summer break they needed.

“The best suits are the suits by measure,” he said. “That's better than going to a shop and buying a suit that might fit you or might not.”

“The players are the same. No two are the same. My decision with Zlatan is down to hours of study of him, with my coaches. He was out [of Euro 2016] one match before the English guys. The body and mind is different. Players prepare in a different way,” added Mourinho.

“I am trying to change the profile [of the team]. The striker is the easy one to finish the puzzle.”

Ibrahimovic's absence in China is unlikely to slow the clamour to see United's glamour friendlies against Borussia Dortmund in Shanghai on Friday and Pep Guardiola's Manchester City in Beijing on Monday.

His first United appearance is instead likely to come against Galatasaray in Gothenburg on July 30th.

The 35-year-old, who has hit 62 goals in 116 appearances for Sweden, retired from the national team after a miserable Euro 2016. Though selected in the initial 35-man Sweden squad to go to the Rio Olympics this August, he said he would not participate.