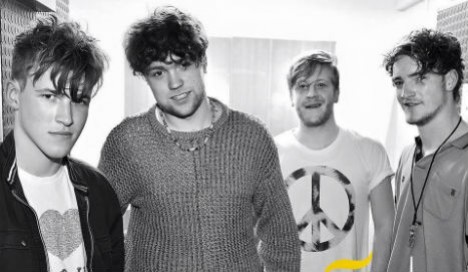 The circumstances of the crash remain unclear. Photo: TT

Their self-titled first album, released on July 29, entered Britain's official album chart at number one on Friday, and the band's family thanked fans for their support.

“What will now define their lives and what they will be remembered for, forever, is the music they were so passionate about making together,” they said in a statement.

Martin Talbot, chief executive of the Official Albums Chart, said it was “hard to think of an album which more people were rooting for than the Viola Beach release, nor a success which has felt so bittersweet”.

The circumstances of the crash remain unclear.

The band's car drove through a signal light and two barriers towards a canal bridge which had not fully closed after a vessel passed underneath.

A preliminary autopsy found that the driver, whose identity has not been formally confirmed, did not have “elevated levels of drugs or alcohol” in his body.

Surveillance footage from the bridge provided no clues to the cause of the accident.