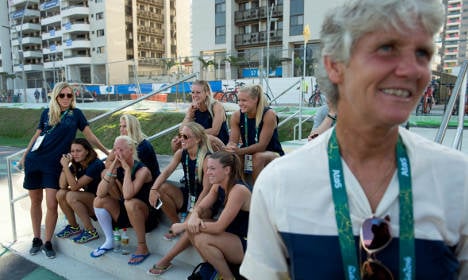 However, there will be one two-time gold medallist present as Sweden coach Pia Sundhage goes for a third straight gold after leading the United States to victory in Beijing and London.

The normally understated Sundhage admits she has had to sacrifice her attacking philosophy to land her native Sweden's first ever women's Olympic football medal, but that the hardships in doing so has made her Rio journey even more rewarding than gold was with a dominant American team.

“Emotionally I am thrilled. It is incredible Sweden are in the final,” said Sundhage.

“I have been in China and London Olympic finals with a team everyone expected to do well. The road we have taken has been a wonderful trip with one or two upsets.”

Indeed, Sweden have needed two penalty shootouts to pull off their upsets in knocking out world champions USA and hosts Brazil.

The defensive tactics employed by Sundhage have come under fire as a result. Outspoken USA goalkeeper Hope Solo blasted Sweden as “cowards” after their first Olympic defeat in 15 games stretching back eight years.

“It is a very different way of playing. With the US team it was attacking football, now it is the other way around,” added Sundhage.

However, she refused to take a swipe at Solo's comments, labelled “disappointing” and lacking Olympic values by the International Olympic Committee.

“The USA team had always been winning a medal and we are very proud that we are playing the final and not the USA team.”

Sweden's route to the final has been an unusual one, having won just one of their five matches in open play.

That victory came in front of only a few hundred fans against South Africa on the opening day of competition.

They were then thrashed 5-1 by Brazil and drew 0-0 with China to squeeze through the group stages as one of two best third-placed teams.

Yet, they have since ended the Americans' reign and defied nearly 80,000 at the Maracana to end Brazil's women's dreams of gold on home soil.

“Hopefully they come to the final because that will be an exciting match as well,” said Sundhage, optimistically.

Instead of two Brazilian golds, the Maracana could see two German successes just two years on from the men's team lifting the World Cup on Brazilian soil.

The hosts will hope to avenge a 7-1 World Cup humiliation to Germany in the men's final on Saturday, and German women's coach Silvia Neid highlighted the symphony between clubs and the national team for the country's continued success.

“The German clubs are very good too. When the players reach the national team they are already very well prepared by the clubs.”

Having finished behind Canada in Group F, they ended the Canadians 100 percent record in Brazil with a 2-0 win in the semi-finals.

Canada will instead be forced to defend the bronze medal they won four years ago when they face Brazil for a place on the podium in Sao Paulo earlier on Friday.