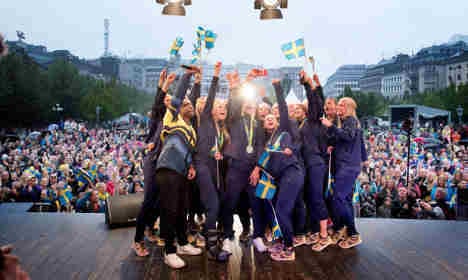 Some of the winners were cheered at a big party in the Kungsträdgården park in central Stockholm on Sunday. Check out our ten favourite pictures from the celebrations here.