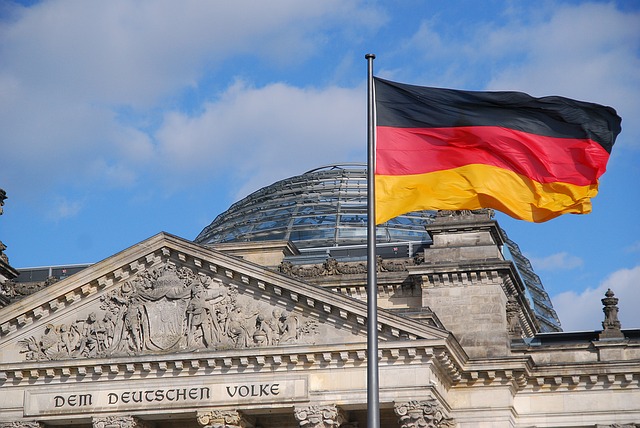 Few cities can hold a candle to Berlin when it comes to mixing modernity with history. It’s a big, bustling European capital that’s also home to some of the most famous, most heart-wrenching historical museums in the world.

Why you should go

Berlin: the weird, wonderful, real-life Neverland that lures in hip young travellers from across the globe. And for good reason.

There's a no-rules feel to this city, like a grown-up playground. It might shock you just how much “anything goes”. Open-container beer drinking is allowed virtually everywhere. Many clubs literally don’t close. And wherever you go, from sunrise to sunset you're sure to find something going on – whether it's a multilingual poetry reading, a basement jazz concert or a spontaneous dance party in an abandoned bunker. Welcome to Berlin! This is probably the most obvious one on the list, but it’s no less worthwhile for that. The Memorial to the Murdered Jews of Europe is perhaps one of the best-known memorials in the world, located in the heart of Berlin.

More than 2,700 concrete pillars rest in an eerie uneven grid, and visitors can enter from any side. The unique design includes an underground information centre where the names of three million victims are read out. The Reichstag Building is not just beautiful, but also fascinating. It first opened in 1894 but has had a long and complicated history including damage and disuse. The building was an important target in World War II and visitors can still see Soviet graffiti preserved on some walls.

Since 1999 the restored building has housed German parliament. Once again Berlin seamlessly combines historical and modern beauty, and the glass dome on top of the roof offers an impressive 360 degree view of the city. Tiergarten could be called the Central Park of Germany – perhaps even Europe. The massive inner-city paradise is bigger than London's Hyde Park and offers visitors a natural respite when it's time for a break from history. Tiergarten is an oasis of lakes, trees, and beautiful statues. One of the most fun names to say, right? After a day of sightseeing and hearing harrowing tales of war, you deserve to sit back, relax, and enjoy the skyline!

Find out how to earn a trip to Berlin with EuroBonus

And this rooftop bar in Neukölln is exactly where to do it. It’s got a view of the entire Berlin skyline, and you can sit and soak in the sunset on a summer evening. But it’s also great in winter – the place is built in the style of a Caribbean beach hut!

Maybe you don't like to spend your evenings at home watching black-and-white movies. But in Berlin it’s another story. The historic Babylon Cinema – opened in 1929 – makes it an incredible experience! Each Saturday there are free – yes, free – showings of classic silent movies, complete with live organ accompaniment.

And as the name implies, the films kick off at midnight, but you should get tickets in advance. The Sammlung Boros Collection is no ordinary art gallery. In a way it's the epitome of Berlin: quirky modern art housed in the shell of what was once a WWII bomb shelter, later a club. Now it's only open on weekends and only by booking. You don’t need to hike into the mountains to enjoy the sound and sight of a waterfall. Nope, Viktoriapark will do just fine.

The beautiful park provides stunning panoramas of the surrounding area, and a national monument stands at the top of the hill with a waterfall running down from there. (The waterfall is actually artificial, but that doesn't detract from its beauty!) Perfect for picnics, sunbathing, playing Frisbee, or another history lesson.

If you really want something to write home about, this is it. Nobelhart & Schmutzig is the Noma of Berlin – totally unique, entirely seasonal, exclusively local, and utterly incredible. You'll have to book in advance to get a table at the Michelin-star venue – and you'll have to come hungry. The only option is a fixed menu of some 10 courses – using a max of four local ingredients, yet truly complex and divine, and truly Berlin. This place isn't for budget bites. No sir, this is the true Berlin experience, melding modern fine-dining with classic mouth-watering sausage and the best of local craft beer. The decor is commonly described as both funky and fancy – have you ever dined on bratwurst while being stared at by a dozen cuckoo clocks? You're not going to just stumble across this place – you've got to know what you're looking for. Nestled in a basement accessed through a dumpster-laden alley, Cookies Cream is an unexpected local bit of hipster heaven. The vegetarian menu will convert even the most devoted of carnivores – and they've got the best desserts in town!

In Berlin on a Thursday? You’re in luck. Head to the market hall in Kreuzberg! If you’re a foodie and couldn’t possibly choose just one place for dinner, this is your best bet. The hall itself is worth a peek – it's more than 120 years old. And each Thursday evening crowds gather to sample the best of culinary Berlin, in an oh-so-casual way.

Spaetzle, meat pie, Thai kiosks, and Michelin darling Hartmann – here you can try it all. (Tip: If you're not around on Thursday, try Arminius Market instead, open every day but Sunday.) When in Berlin, just do as the locals do – even when that means pizza. We’ve heard Zola’s wood-oven pizzas described as “just delicious” and “the best Italian outside of Italy”, and they’ve got some cool experimental toppings, too. Why copy when you can innovate?

Ready to book Berlin? SAS has daily flights, direct from Stockholm, Copenhagen, and Oslo. The bold city is just an hour and a half from Stockholm – perfect for a weekend away!

You can also get there using 20,000 SAS EuroBonus points (Taxes and fees apply).

Or if you earn just 10,000 points with SAS EuroBonus American Express Classic Card in one calendar year, that means you’ve reached the benefit of a 50 percent discount on a EuroBonus trip – so that’s enough to get you there, too!

Find out how to earn your Berlin trip here.